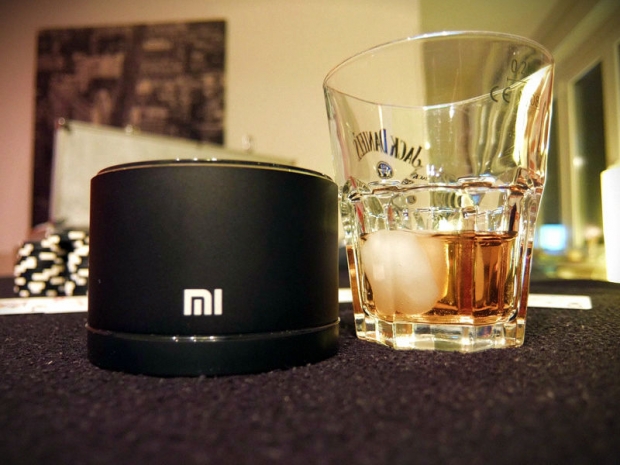 Xiaomi recently announced plans to launch Mi stores in the US and Europe, but for the time being they will be limited to accessories rather than the Chinese company’s sleek smartphones. This got us thinking – we never actually tried out any Xiaomi accessories, so we decided to check some out.

The company makes Android TV sticks, powerbanks, headphones and a range of other high-quality accessories. 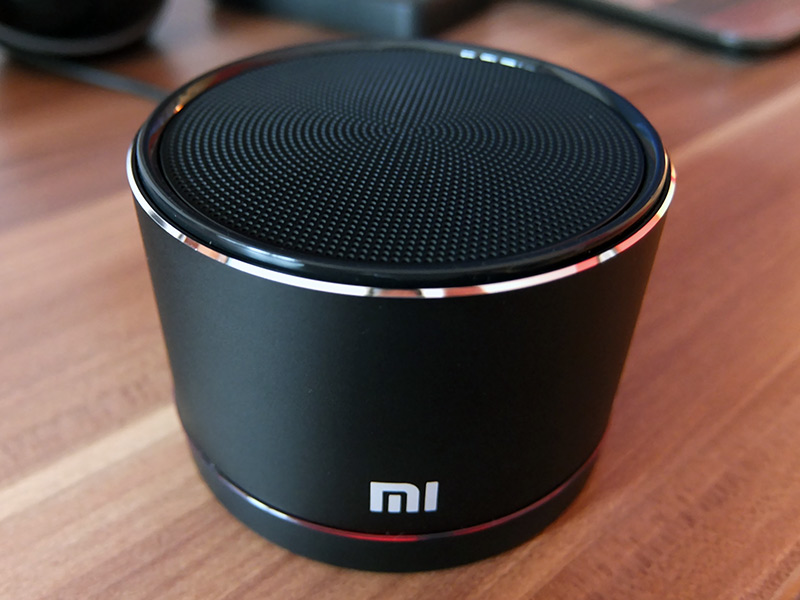 Some of them are manufactured by other companies, like Nacodex. The cylindrical Xiaomi Wireless Bluetooth Speaker is one such product, so let's see if it lives up to Xiaomi's premium brand aspirations.

Looks can be deceiving

The speaker ships in a simple cardboard box with Mi branding, which is usual for Xiaomi products. We sort of like the approach, because there it’s environmentally friendly and there is really no point in overdoing packaging with this sort of product. 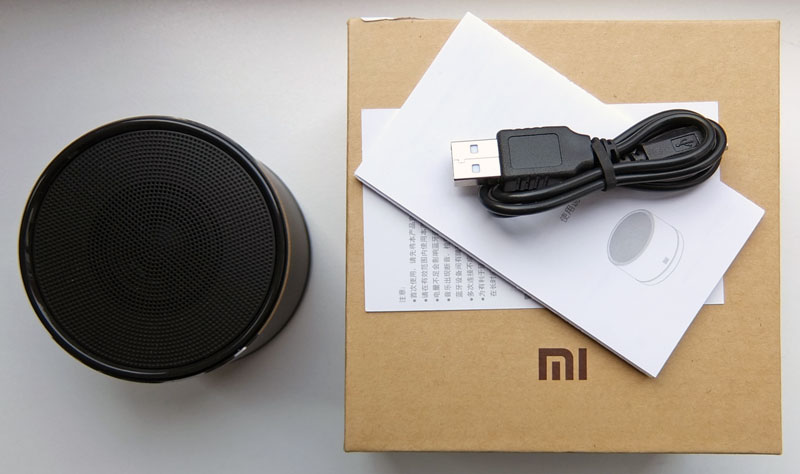 The only downside is that the instructions are in Chinese, but then again this is a Bluetooth speaker, so who really needs instructions? You'll also get a micro USB cable. 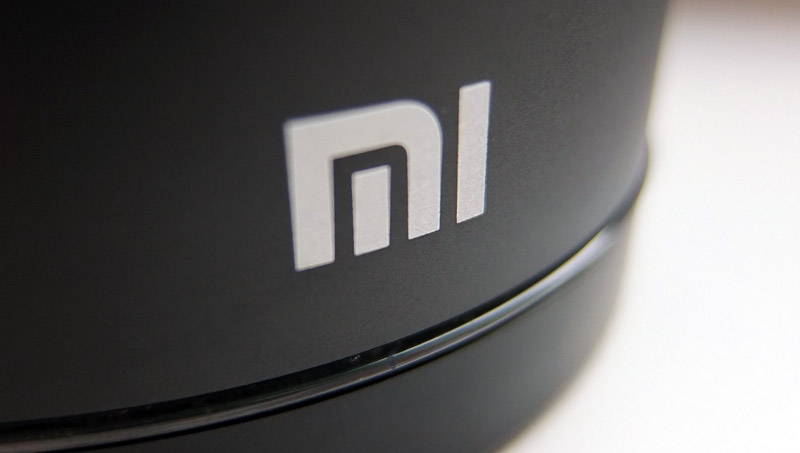 However, when it comes to the device itself, Xiaomi overdid it, and here is why – the aluminium body is beautifully crafted and CNC is used to cut out the necessary holes and slots. The finish is nothing short of excellent for such a low cost device. Any imperfections visible on the photos are the result of our sloppiness and dust, nothing more. 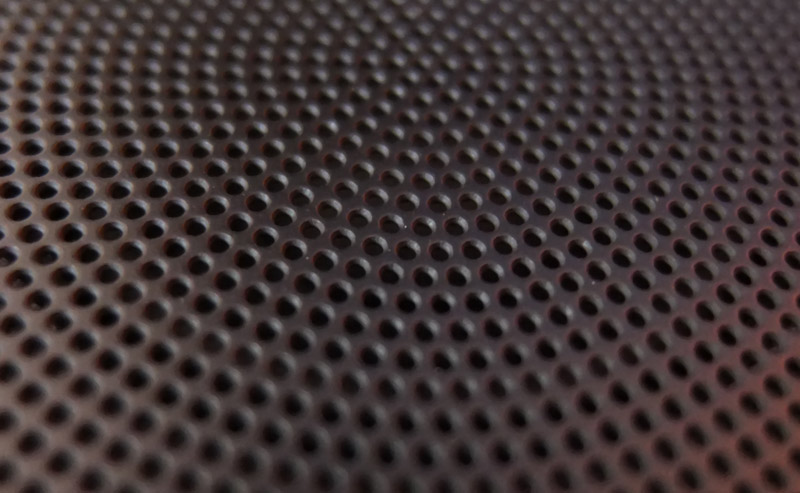 The only plastic we could find was at the very bottom, between the buttons, and at the top, in the ring surrounding the speaker grille. All buttons are located at the bottom and they double as small, rubbery feet, so the speaker doesn’t slip or vibrate on a smooth surface. They're there for another reason, but we'll get to that later. The bottom also houses the microphone. 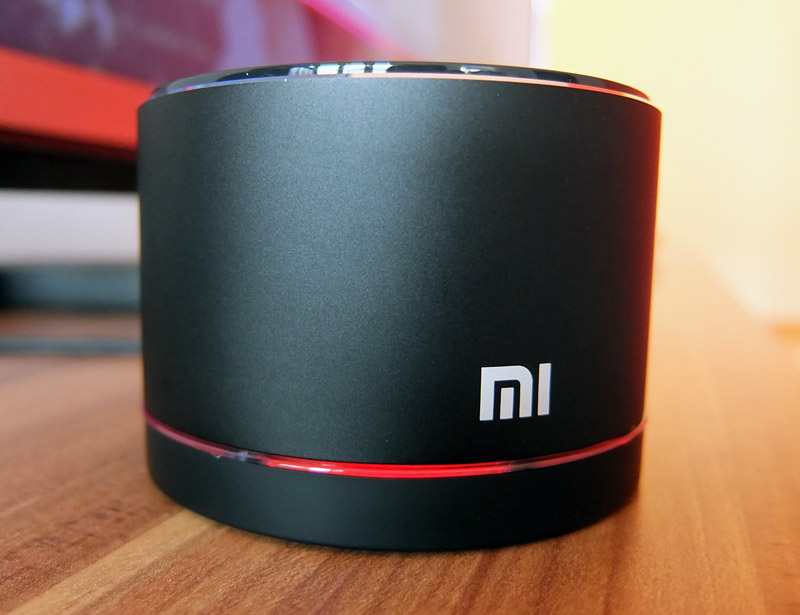 The transparent ring at the bottom glows red when the device is charging, and blue when it’s syncing. During playback, it flashes every few seconds, but the LED is not too strong, so it’s not much of a distraction. However, when you disconnect it, the LED stripe flashes in red and blue, which is a bit too psychodelic for us. This is basically a notification that the speaker isn't paired to a device, so you shouldn't get to see it too often.

So what’s inside the aluminium tube?

Build quality aside, we already said looks can be deceiving, and one could be forgiven for thinking this is just another cheap and underpowered wireless speaker. However, while it is very compact (79.5mm diameter, 56mm high), the little Xiaomi packs a fair amount of interesting tech. 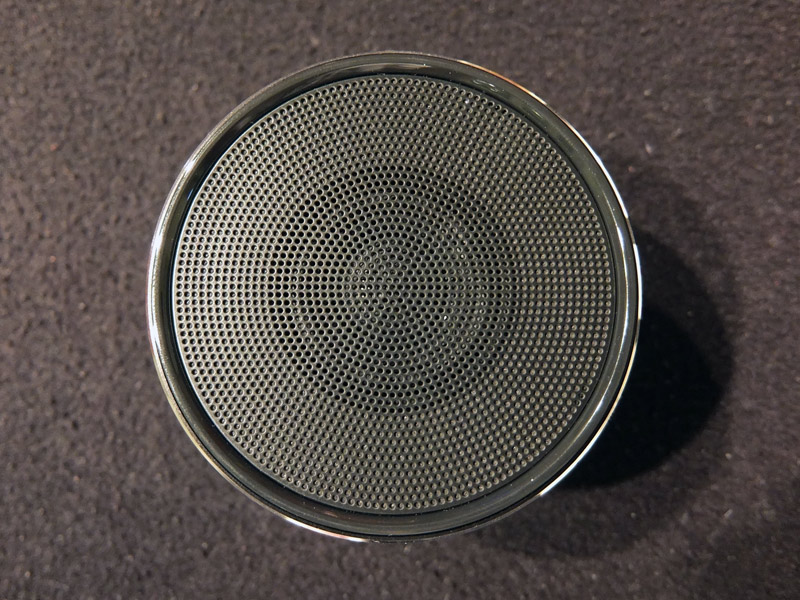 First of all, it has a 3W driver, which makes is rather powerful for its size. The battery is a 2000mAh unit, but it is no longer user-replaceable like on first-gen Xiaomi speakers.

Xiaomi obviously aimed for cutting edge tech, so there’s no legacy 3.5mm input, and unlike many portable speakers it has no memory card slot or FM radio tuner, so there’s no standalone functionality.

Luckily the premium feel of the speaker is not writing cheques its internals can’t match. Even at full blast, the sound is pretty clean, which is not the case on cheap Bluetooth speakers. The excellent build quality ensures that there are no vibrations, or distortion even at maximum volume. Since it weighs 196g and rests on soft rubber buttons, we get a feeling that the chassis could easily cope with a much more powerful driver. 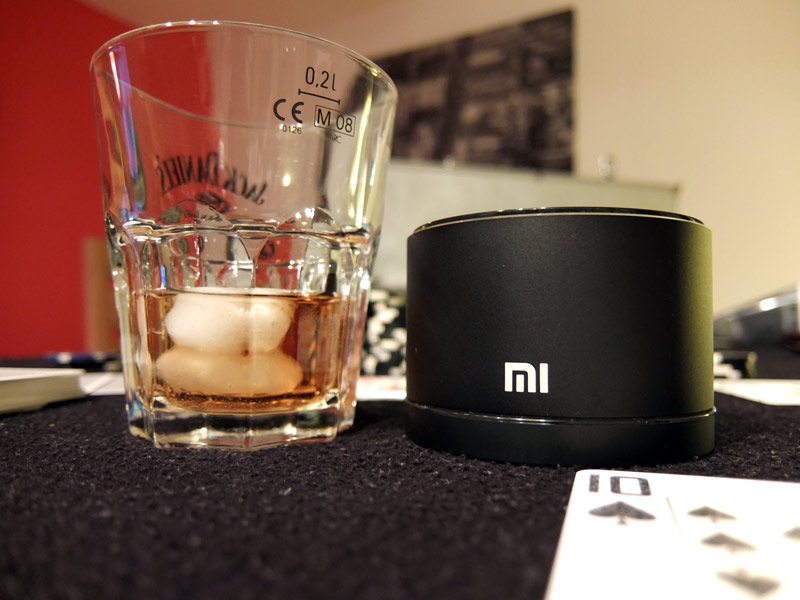 As for the overall audio quality, there’s plenty of bass, nothing squeaks, there's no vibration, and the sound can easily fill a small room – even with a few loud people losing good money on lousy cards.

Of course, you can’t expect miracles from a 3W wireless speaker, but the audio quality was substantially better than on integrated monitor speakers and some old laptops we had around the office. Some tinkering with EQ settings will also help you get somewhat better sound (i.e. a bit more bass).

The Xiaomi could easily be used to enjoy a movie or TV show, although lack of stereo could be an issue for some users. While many cheap portable speakers supposedly ship with 2W-5W drivers, they're not even in the same league in terms of quality. Although Xiaomi uses a 3W driver, it sounds much better thanks to the high-quality build, at any volume.

As for the microphone, we tried out standard phone calls and VOIP calls, and quality was adequate on both  – almost on par with phone microphones. Of course, there is no noise cancelling microphone, but you’re not very likely to use a wireless speaker in this capacity very often, especially in a loud environment. 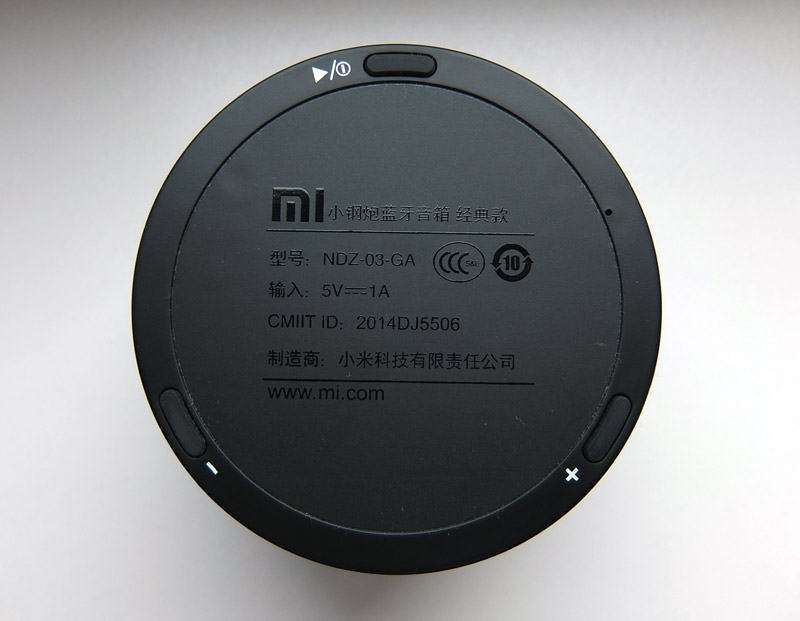 A single press on one of the volume buttons will allow you to skip between songs, while a long press turns the volume up or down. A single press on the play button allows you to pause playback, while a long press takes the device into standby mode, yet another one powers it down. Although we could figure (most) of it out at first glance, an English manual would come in handy for the average consumer.

While it may sound weird, we actually applaud Xiaomi for placing the buttons at the bottom and here is why – it’s a lot easier to pause or skip songs simply be pressing down on the whole speaker rather than looking for tiny buttons on a very small device. The power/play button is right under the Mi logo, and it’s easy to figure out where the other two are. Xiaomi is not the only outfit using this approach, but the way it’s implemented feels intuitive and natural, so you should get a hang of it in minutes. 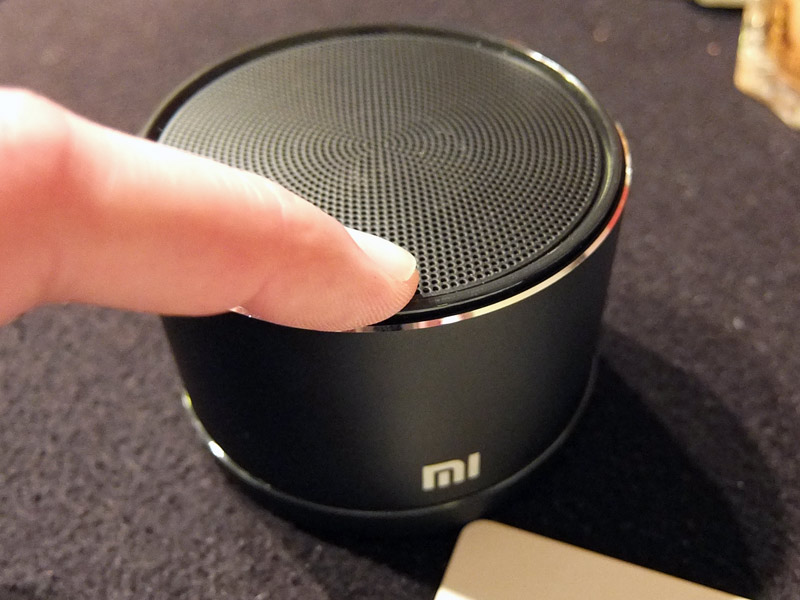 As far as battery life goes, the official spec states you can get up to 13 hours in voice calls, while music at max volume will usually bleed the battery dry in under 10 hours. Still, this is not bad for such a compact device, and in fact it’s better than most Bluetooth devices this size (probably thanks to a combination of a beefy smartphone battery and Bluetooth 4.0). If the battery was any bigger, it would be a pity not to include powerbank functionality, but at 2000mAh, it’s a tad too small for that. 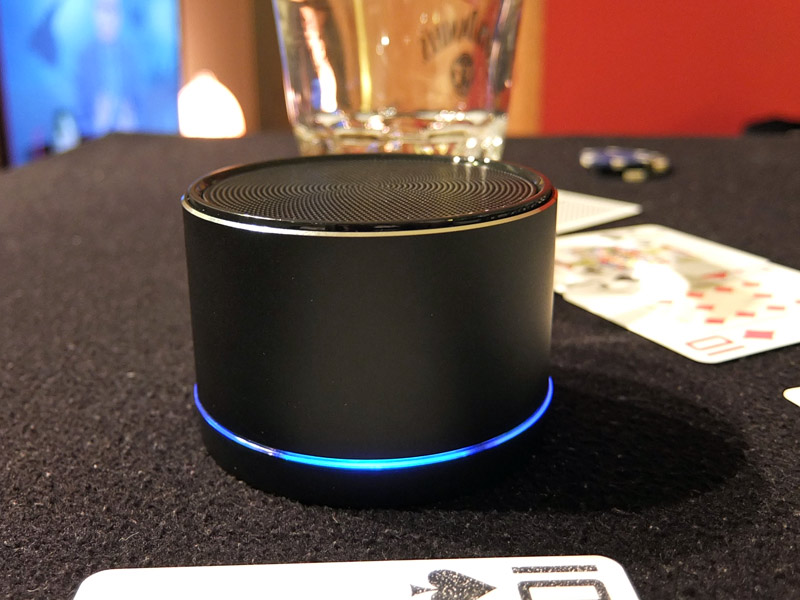 Xiaomi claims the range is 10 metres and we managed to get close to that figure, but only with line-of-sight. Walls and other objects reduce the range of any Bluetooth device, sometimes dramatically.

There is really not much to say – if all Xiaomi accessories are as good as its second-generation Bluetooth speaker, we believe American and European consumers should definitely check them out once they go on sale in western markets.

Xiaomi's mini Bluetooth speaker offers good audio quality, battery life and value. Drawbacks include the lack of a proper manual in English (which should be addressed once Xiaomi starts selling its accessories directly in western markets) and lack of legacy connectors.

Even though Xiaomi is still not marketing its accessories in western markets just yet, you can pick up the Xiaomi Bluetooth speaker from Chinese resellers like Gearbest for $23.45. This is a bit more than your usual portable speaker, but we believe the premium easily justified by the superior design and build quality. 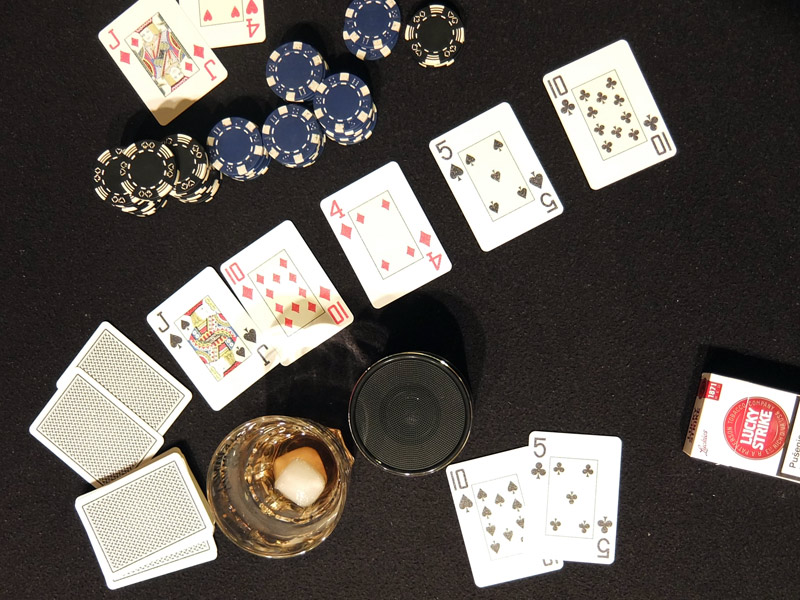 Now if you'll excuse us, we've got sort of a Dead Man's Hand situation to deal with, so we leave you with a few pros and cons (in case you skipped through the review and just wanted to check out our verdict).

We will try to get a few more Xiaomi samples, as well as a few smartphones and mini PCs from the Far East, since very few people bother to properly review them and there's not a lot of information on most of them.