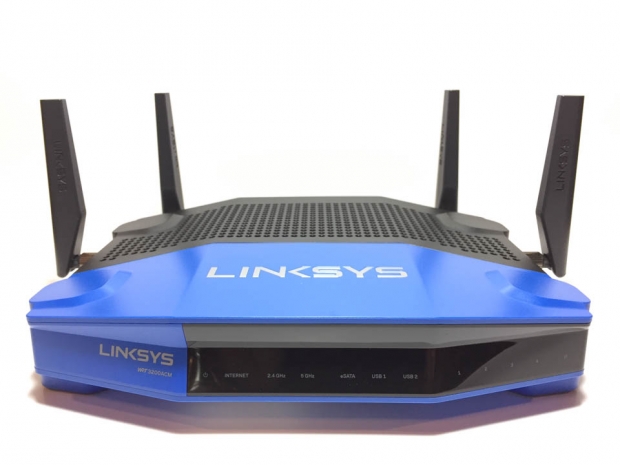 Fifteen years ago, Linksys introduced a black-and-blue wireless router that became the first 802.11g draft product to hit the market. The WRT54G offered consumers reasonable performance, exceptional versatility with custom firmware, and fell dramatically in price in the following years.

With the Linksys WRT54G, the company achieved a goal of offering Wireless G hardware as the natural progression from Wireless B, just as 100BaseTx was the progression from 10BaseTx for Ethernet. In 2003, the company was then acquired by Cisco, which continued to market its networking gear as “Linksys by Cisco” all throughout the 802.11n wireless era that followed ahead. By March 2013, the company was again sold to Belkin, which oversaw the rollout of its first 802.11ac wireless products and continues to market them based on revisions to the current wireless networking protocol.

Back in April 2014, the company unveiled the WRT1900AC, its first 802.11ac wireless router and successor to the legendary WRT54G introduced 11 years prior. The device’s overall design was very much inspired by the classic black and blue color scheme, but brought WRT series back with a sleek starship design using four external antennas instead of two. The WRT1900AC also featured a more robust 1.2GHz dual-core ARM processor, 128MB of flash memory, and 256MB of DDR3 RAM. Aside from the obvious migration from 54Mbps speeds on a single 2.4GHz band to 1.3Gbps on 5GHz using three spatial streams (3x3), the router also brought back excitement to the open-source community with its support for custom DD-WRT and Open-WRT firmware projects. Priced at $137, the company’s first dual-band open source 802.11ac router offers a competitive feature set, but has been eclipsed by a more recent jack of all trades.

The company has since offered a more cost-effective counterpart, the WRT1200AC, which debuted at CES 2015 and is now available for $99. The midrange option goes back to using two antennas, yet delivers 867Mbps on the 5GHz band using two transmit and two receive spatial (2x2) streams. Just like its tri-stream counterpart, it also supports custom firmware using DD-WRT and OpenWRT.

Linksys’ current WRT series performance router, the WRT3200ACM, has taken all of the attributes and characteristics of its WRT1900AC predecessor and now offers newly introduced 802.11ac features. Introduced in October 2016, the router includes triple stream (3x3) 160MHz bandwidth on the 5GHz band, and offers 867Mbps on each individual stream for a peak 2.6Gbps throughput. This is a two-fold increase from three 80MHz streams, which offered 433Mbps on each individual stream for 1.3Gbps peak throughput. Using a recent Dynamic frequency selection (DFS) certification from the FCC, Linksys is also able to triple the channels available at 80MHz to prevent additional interference with other Wi-Fi broadcasting devices in the vicinity for a clearer signal.

Yet more importantly, Linksys has introduced a key 802.11ac Wave 2 (late 2013) technology called MU-MIMO, which builds upon key broadcasting components such as spatial multiplexing, beamforming and packet scheduling algorithms found in many high-performance routers. Since 2007, 802.11n draft routers have supported single-user multiple-input and multiple-output (SU-MIMO) technology. Depending on the number of streams supported, this allowed Wi-Fi routers to transmit one to three streams, and receive one to three streams, but the routers could only communicate with one device at a time. This results in a backlog of scheduled packets that are sent to each connected device one by one (but not necessarily chronological order), rather than distributed all at once. 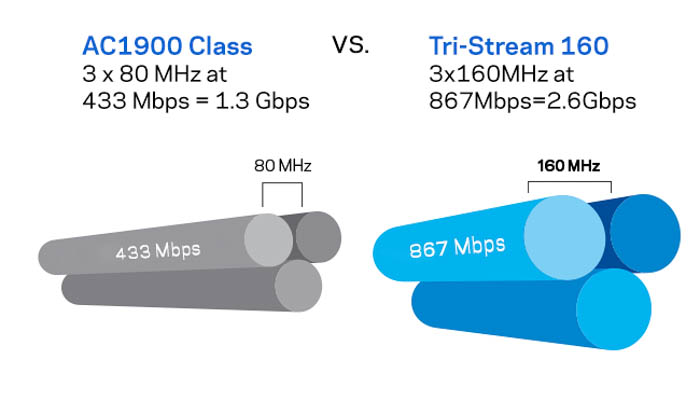 With the upgrade to multi-user, multiple-input and multiple-output (MU-MIMO) technology, a wireless router like the WRT3200ACM can now transmit and receive data from multiple devices at the same time. Of course, each connected device is also required to support MU-MIMO for this to work. But according to experts, even non-MIMO devices (and SU-MIMO devices) will get indirect performance improvements as a result of any MU-MIMO devices being served more quickly. The other core benefit gained with multi-user MIMO technology is that the beamforming methods included within 802.11ac are much more widely adopted in products across various manufacturers. This prevents a situation that arose with 802.11n routers using SU-MIMO, where some client devices did not support the same beamforming methods. These routers also required client devices to have multiple antennas to send and receive SU-MIMO streams. This required extra signal processing, particularly in mobile devices where power consumption is of particular importance.

Why is this marketed as a 3200Mbps device?

One of the first questions many prospective consumers have asked about 802.11n and 802.11ac routers are related to theoretical speeds and those listed on the product box. The WRT3200ACM is no exception, as Linksys is advertising a maximum 2600Mbps throughput on the 5GHz band, yet a 3200Mbps number in the model name. Here, just like many wireless vendors, the company has simply added the total maximum throughput that the router can transmit over both 2.4GHz and 5GHz bands, or 600Mbps and 2.6Gbps, respectively. On the lower band, this is accomplished using three spatial streams at 200Mbps each, while the 5GHz band (802.11ac only) uses three spatial streams at 867Mbps each. 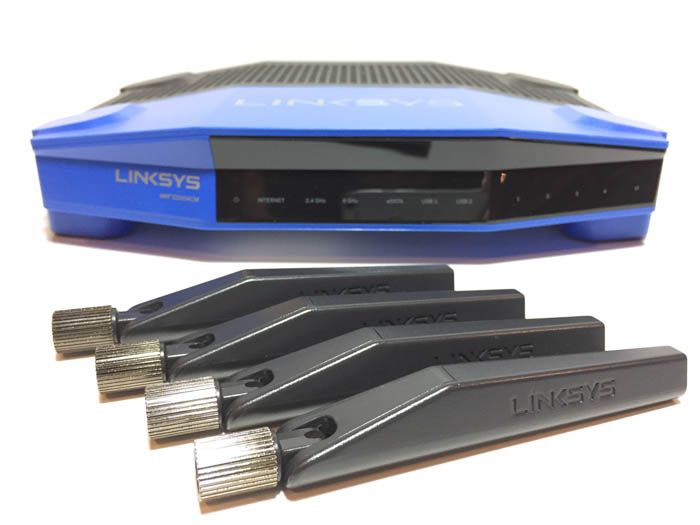 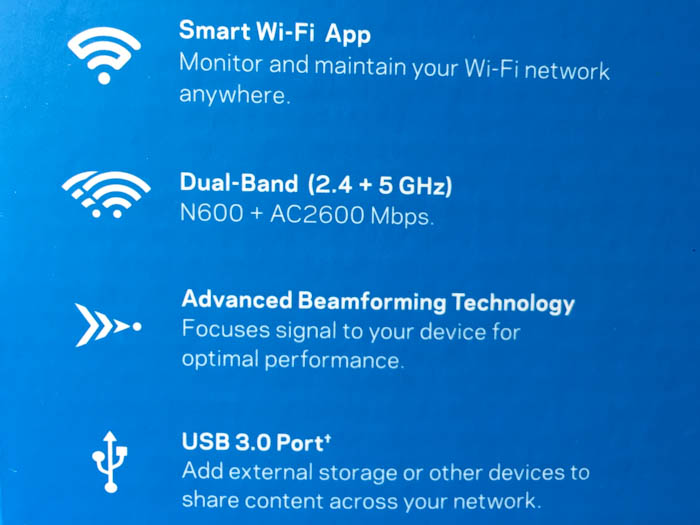 But alas, this point is mentioned on the side of the retail packaging rather than the front.

Prev Next »
Last modified on 05 June 2017
Rate this item
(0 votes)
Tagged under
More in this category: « Galaxy S8 eye iris unlocking in near dark Golem: a message about technology »
back to top