My new buddy is called the Huawei Mate 20 Pro 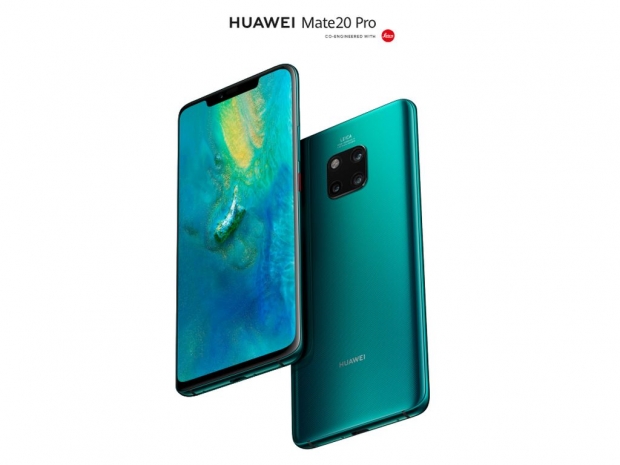 Review: The smartphone accompanies me on my travels

I've used the Huawei Mate 20 Pro for a week now, and this is quite some phone, with quite a price tag to match. It will be with me next week when I'm in Barcelona, unless it falls out of my pocket and breaks on the way. Which it won't.

I thought I'd run through my experiences so far – please bear in mind that I've got pudgy fingers and can't touch type on a smartphone. I could always attach my Bluetooth keyboard. I'm pondering attaching a display to it too, so I could use it as a portable PC. But then I'd need a mouse as well. It's not beyond the bounds of the impossible. And I will give it a try.

To me - and I suspect to many others - the really outstanding feature of this smartphone is the Leica camera technology. As a friend on Facebook said to me: “Mike, you really leica it?” I do. And there are extra software features built into Huawei's version of Android that are definitely worth the candle.

It is all about the Leica and AI

At the glitzy launch of the Mate 20 series last week, the journalists and the rest of the 2,000 or so attendees were treated to many demonstrations of the power of the Leica camera. I noticed, wandering around the vast theatre that the front rows were reserved for many representatives from Leica. There's obviously a great deal of collaboration between the two companies and I expect building that Leica tech into this smartphone does increase the bill of materials significantly.

The presentation spent several minutes exposing us to the “identify” feature built into the telephone. I've tried this over the last few days and it doesn't necessarily live up to the hype. I pointed this to the Macbook Air I'm typing this on – hey I'm no fanboi but like to travel light – and then to the HP PC desktop I always use.

Identify described both machines as Asus PCs. Downstairs, I tried it in the kitchen and the garden. It successfully described a plant in the kitchen as greenery but misidentified the kettle as a cup. It also didn't seem quite sure what a Turkish carpet was. But, then, no one can identify one of those with entire precision.

Huawei majors on the artificial intelligence features built into this device – and as we said before in a previous article, its chief software developer said AI at Huawei is being built into all of its systems. And Huawei has quite a presence in the enterprise. AI learns as it goes along. Store enough photographs of kettles and they won't be described as cups. Store enough photos of greenery and AI will be able soon enough to describe the actual plant.

It has a feature that auto-recognises smiles.  I find this a bit scary really.  Sometimes when people smile at you, they smile at your with their mouths and not their eyes.  It needs intelligence to recognise the difference.

I've really nothing but that to complain about the camera features so far.

Impressive build quality that makes you want to buy a cover

Heh, I'm an old-timer and used to be able to cobble together a desktop PC easily enough. Sure, it never ever had close to the build quality of a Compaq. I never ever attempted to build my own laptop, naturally enough. But the quality of this smartphone build astonishes me. The display is quite wonderful and the glass extends onto the curved edge. Huawei claims that the glass build makes it easier to grip, so making it less easy to drop. I've used smartphones for quite some years now, and for the first time I'm more than tempted to buy a cover for this phone.

I've no idea why smartphone companies get so exercised about the notch.  They get so excited about the notch that it infects journalists and reviewers. What's wrong with a notch? The word notch has a clear definition, it's, er, a notch. This phone has got a notch for a little camera on the front which you can use if you need to use your phone as a mirror so you can adjust your make-up while your triple phone at the back automatically takes pictures of people smiling.  There is something in the IT industry called "over specification".  When IBM first launched its IBM PC it also introduced an operating system called OS/2 which, the marketeers declaimed, had "pre-emptive multitasking".  The truth is that human beings can only have one thought in our mind at a time.  Scary, eh?

To look at this tangentially, but in detail, the phone has three security features built in. The first means you have to remember a six figure pin number, and if you get it wrong you're locked out. This is a good thing but the cautious probably enter it as 123456 which is not too hard to guess. The second method is fingerprint recognition – I don't trust this too much because of the stories emanating from Japan in the 1990s that when banks introduced this tech to ATMs the local hoods – the yakuzas – just cut off victims' index fingers and used them to raid accounts. These stories, by the way, weren't anecdotes – they happened. The third method is face recognition – I'm not sure I trust this either. My face looks different first thing in the morning than it does at midday and last thing at night.

I daren't look in the mirror so daren't look at the phone, I would be shocked at what I saw and might well drop it and leave a shattered mess on the kitchen floor.

Just as a by the by, I don't bank or buy on my mobile phone. I prefer to do that in the relative security of my home on a notebook, protected not just by firewalls, anti-virus software and the rest, but by double locks on my doors and on my windows. Not Microsoft Windows.

Plenty of features you can use

I decided to try out the interesting feature that lets you broadcast your smartphone content to your TV. The phone recognised two devices, a Roku and my next door neighbour's smart TV. I didn't dare broadcast to her TV, but successfully managed to send videos to my own box. Dammit, I chose a video promoting the virtues of Google Home. When the geek started using the OK Google mantra, my own Home Assistant started responding to his commands. He asked: “How do I make cookies?” His Home Assistant fired up and so did mine but the American way of making cookies is obviously different from the Scottish way of making cookies. This is an impressive feature, however, despite my local difficulties. I mean, beaming content to your TV, not making cookies.

The machine takes nanoSIMs – I do have pudgy fingers so find it quite difficult at my advanced age to insert one. I sought the help of a youngster, who was only too happy to help.

Really, this is really quite a remarkable computerised phone with some really very strong and interesting features. Huawei's distributors/resellers – firms like 3 and O2 in the UK, tell me there's strong pre-order demand for the device. Deep pockets will be needed to fork out for the unit on its own, but the retailers/distributors are going to offer plans which mean that you will pay as you go by opting for a tariff that reflects the price of the phone. Huawei might not have the instant recognition that Apple has for its iPhone range, but this machine is a goer. I have hardly begun to check out the myriad other features. I can't benchmark it because I just won't, but will say that its battery life is really very, very good. And it does recharge very fast. 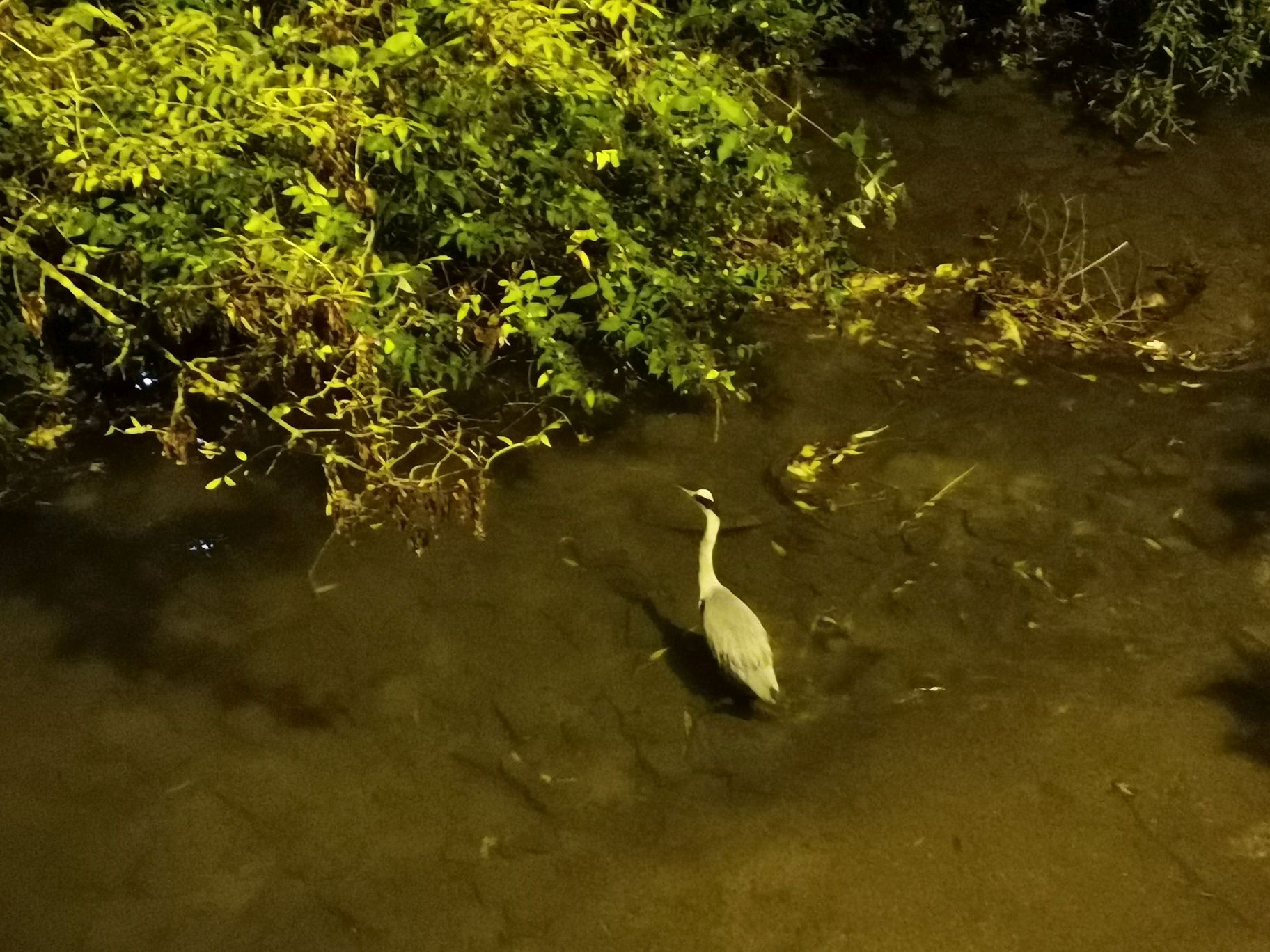 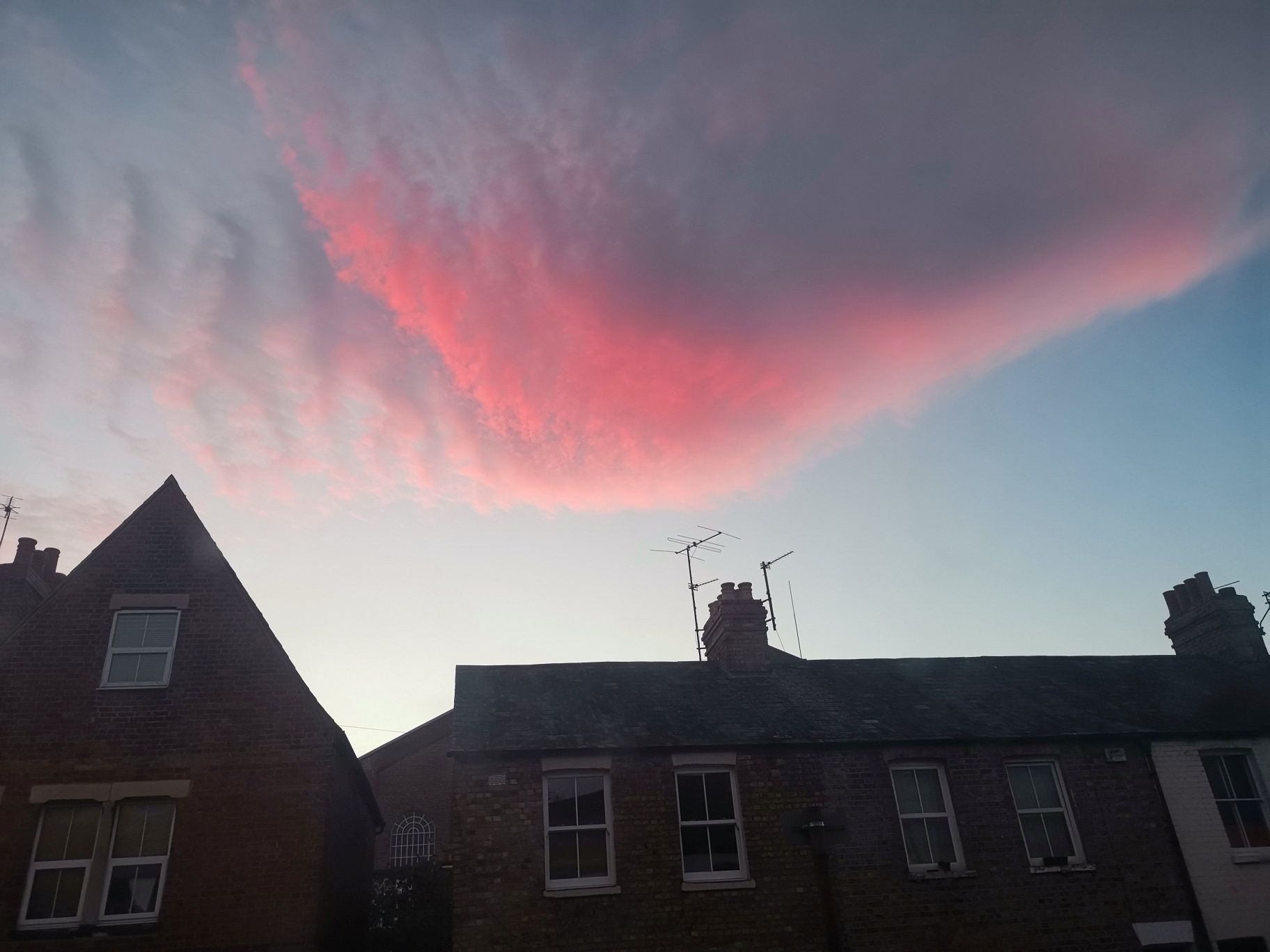 [Photograph of sunset in Mill Street, Oxford, taken with the Mate 20 Pro - it uses AI to decide whether it's sunset or sunrise.]

Last modified on 24 October 2018
Rate this item
(0 votes)
Tagged under
More in this category: « Nvidia Geforce RTX-series is born Huawei's P30 Pro explored »
back to top