Honor 20 Lite: Does it delight? 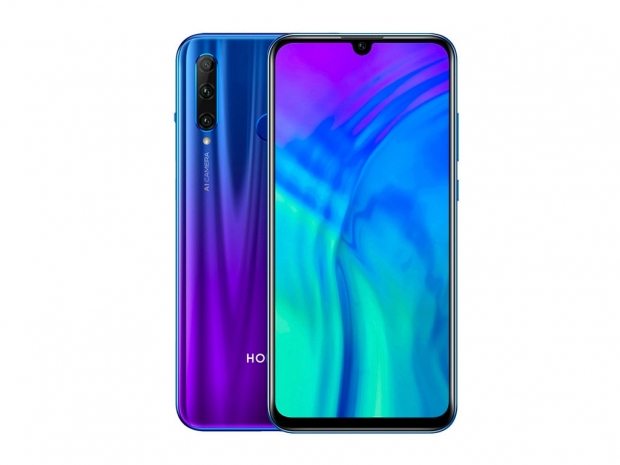 A month or two back I attended the launch of the Honor 20 series in Battersea where the company showed off a number of phones including the Honor 20 Lite, the baby of the family.

Honor firmly positions itself as a company selling products to young people. But I guess you're as old as you feel and this is a nifty little phone at a competitive price. You can buy it from the company for £220, down from £250. Or from John Lewis, Amazon, and so on.

As most readers of Fudzilla.com know, Honor is a subsidiary of Huawei and the company's public relations firm in the UK sent me a statement about 10 days ago making clear its position on the cafuffle which currently surrounds this Chinese company. This said that anyone that's bought or is going to buy an Honor smartphone will continue to get security patches and Android updates, as well as apps. The jury is still out on whether the chief executive officer of America Inc, will lift his imperial edict on Huawei. Trump is under considerable pressure from US corporations to do that – the edict is hurting sales at Intel, Qualcomm, Google and others.

Back to the Lite

Are we blinded by the Lite? The unit comes with a Huawei Kirin 720 eight-core chip, uses EMUI 9.0, has 4GB of RAM and 128GB of ROM. It's a 6.21-inch machine supporting 16.7 million hues at 415PPI. It weighs around 164G including the battery. It comes in three colours – red, black and blue. It doesn't have an OLED display, has a plastic rather than metal shell, but looks and feels pretty good and might well impress your peers hanging out in Port Meadow, in Oxford. The OS is Huawei's variant of Android, EMUI.

The battery is a 3,400mAh unit, but there's no option to fast charge it, while it uses a micro USB charge socket. The display is pretty nice, and has what the marketeers call a teardrop notch – the notch wars seem to me to be really a big fuss about not very much. In practice, I simply don't notice it.

But these days, what really distinguishes a phone are its photo capabilities, and the 20 Lite has a triple camera configuration which performs pretty well. . As with its heftier sisters and brothers you can manipulate the picture - using Pro mode you can adjust a number of esoteric settings. It also supports night vision and a number of other effects.

The phone is a smart looking little baby with more than adequate performance and certainly looks the part, even if it lacks all of the features its higher end cousins pack. In value for money terms, now the price has dropped to £210, I think it fits the bill.

It looks nifty and at first glance resembles the more powerful members of its clan, although, of course, lacks the features.

The one question mark that hangs like a dark thundercloud over all future Honor and Huawei phones is whether they will support Android and apps in times to come. That doesn't apply to any of the current phones for sale and you'd need a pretty nifty crystal ball to predict the ebb and flow of ideas or the split-second decisions that flit across the the mind of the CEO in the White House.

While many people are fortunate enough to pick a smartphone on its top-notch features (get it?) and don't particularly care how much they pay, others would like a nice looking phone with a fairly full set of capabilities at an affordable price. I believe the Honor 20 Lite fits the bill.

One last marchitecture note. Honor switched to calling itself HONOR last year. As a pedant, I could never switch to that format. If something is in capital letters, it means each letter represents another word – NDA, for example, means non disclosure agreement. When people use capital letters it all seems a bit shouty. Nvidia started this fad with NVIDIA. LET'S HOPE IT NEVER CATCHES on.