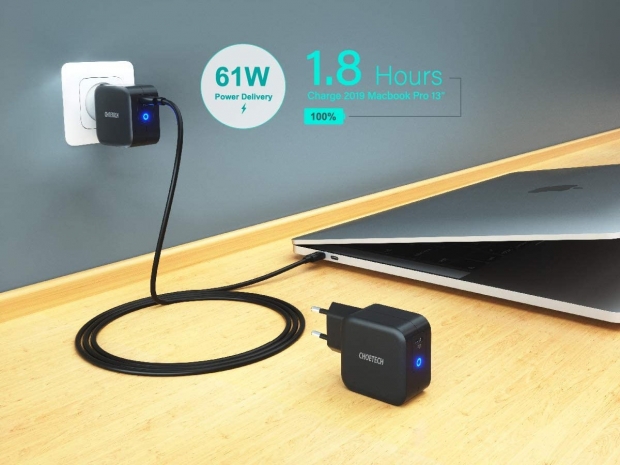 The competition in the USB Type-C charging space is quite massive. Still, Choetech came up with a mini charger capable of delivering 61W via Power Delivery and decided to price it at just 22 Euro /UKP / $.

It is based on GaN (gallium nitride technology that enables massive savings in space. The device weighs 130 grams and is about fifty percent smaller than Apple's OEM 61W MacBook Pro charger. 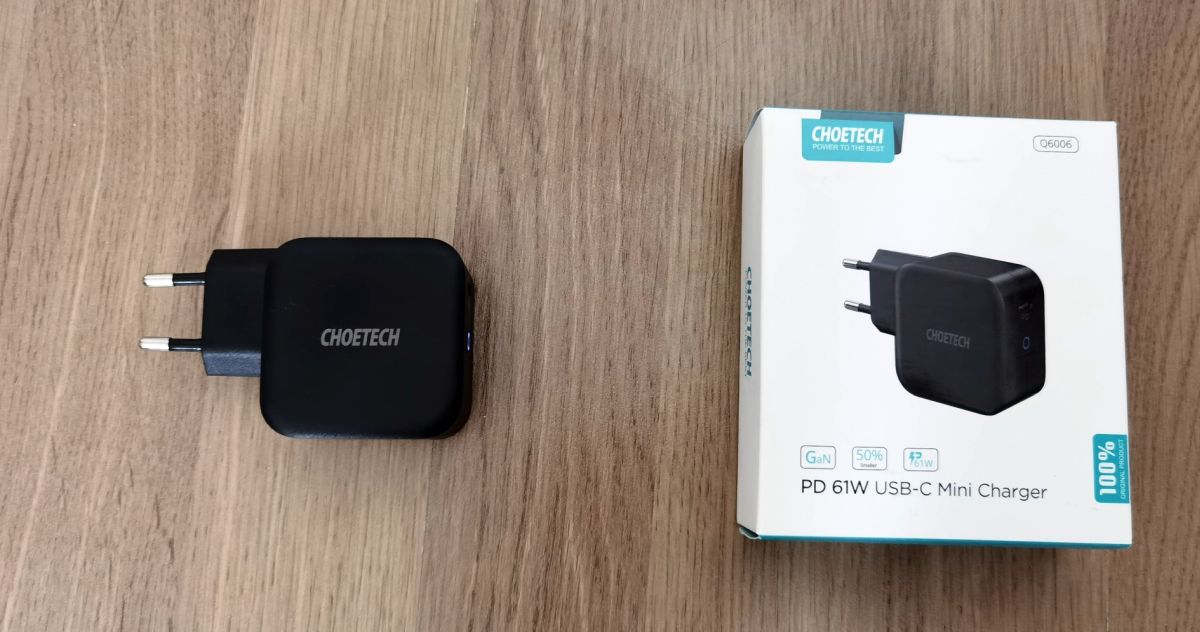 Very straightforward packaging only includes a charge wrapped in foil and a transparent plastic bay that keeps the charger from being damaged in transportation. We were surprised that the retail package doesn’t include a single USB-C cable, but of course, there is plenty of variety to chose. Choetech Q6006 is the model number, and I used Spigen Type-C to Type-C braided 1.5-meter cable for all the testing. Our suggestion would be an SKU with a qualified cable. 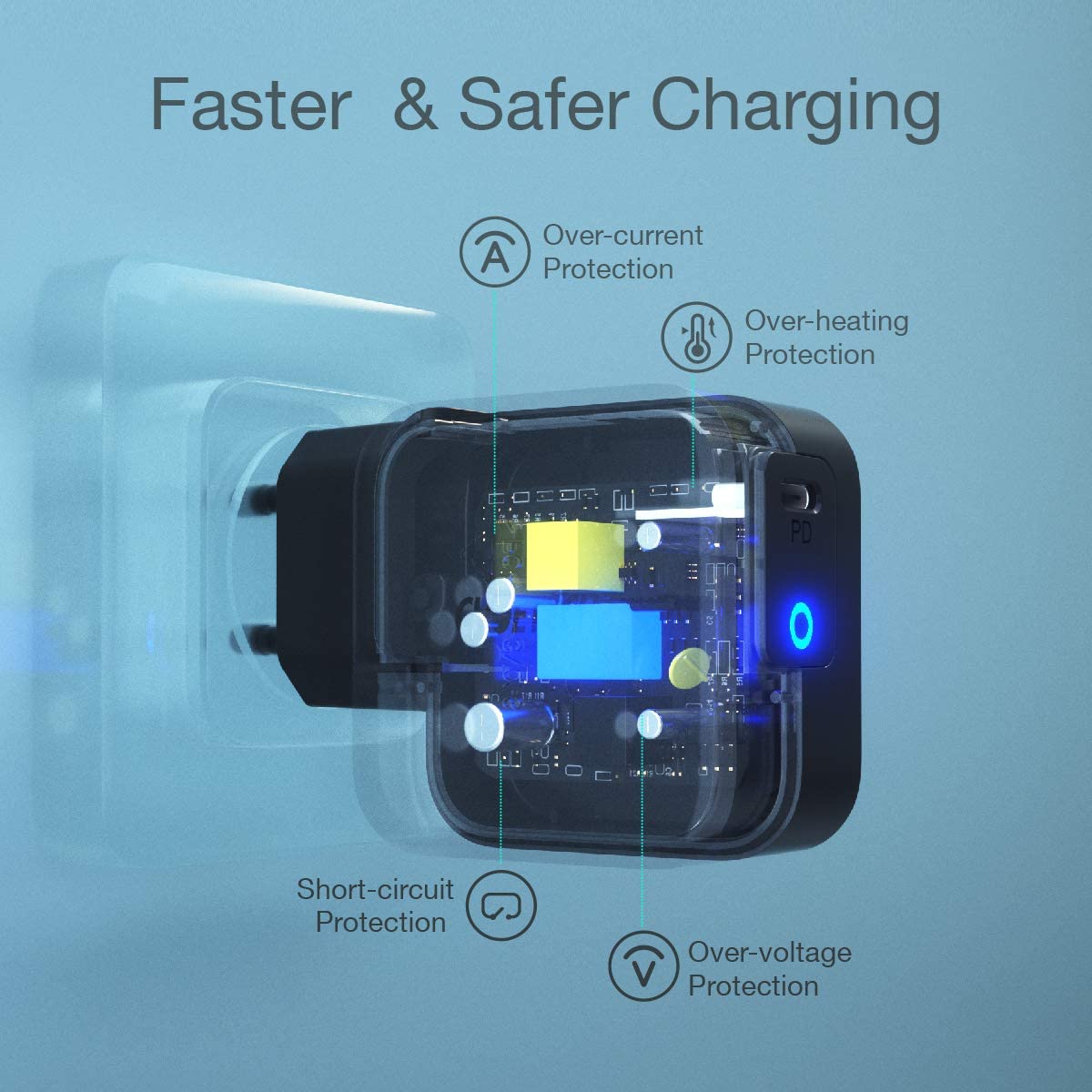 Choetech PD 61W should be able to fast charge your 13” MacBook Pro to 100 percent in just 1.8 hours with a USB-C to USB TYPE-C cable that can handle this current, and in our testing, the charger was able to charge a Galaxy Book S powered by Snapdragon 8CX from 35 to 100 percent in 78 minutes. It also worked with Dell XPS 13 2018 and was able to charge the 4K display enabled notebook. 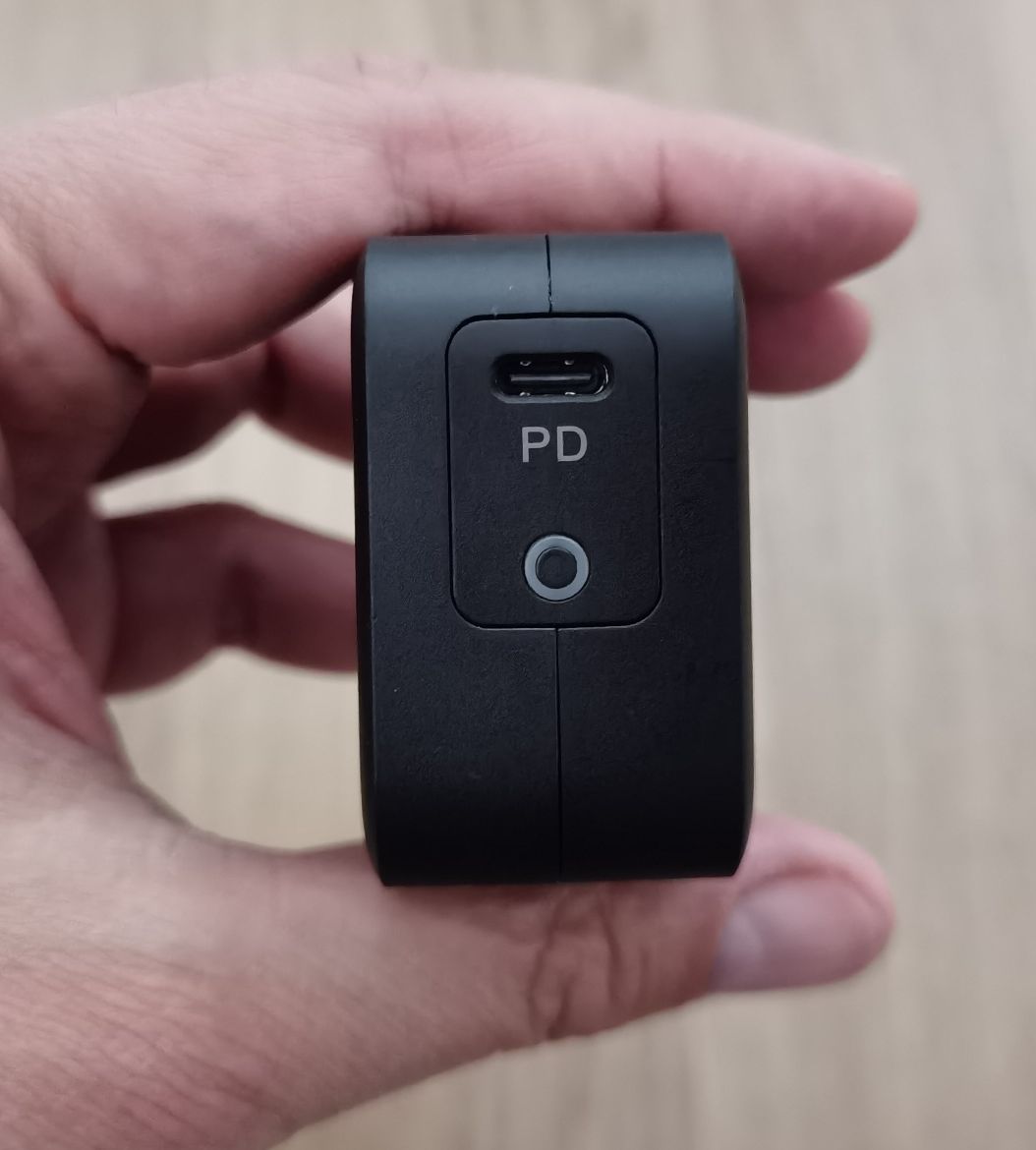 It works with a few phones we tried, but the Huawei P40 Pro was charging slower than with a stock charger but was still able to charge im a decent time. In ten minutes, the charger was able to pump the battery on the Huawei P40 Pro from 40 to 50 percent. This is a decent speed that will work well on entry-level/mainstream phones and charge them at full speeds, and it will charge phones such as iPhone at the same or faster speed compared to stock chargers. High-end phones usually come with custom and proprietary charging standards that let them charge faster, but even in this market segment, Choetech PD 61W will charge these phones, just not as fast as the stock charger.

The charger never got hot during the charging of both phones and laptops.

The price is right, the design is great, and the device is very compact and travel-friendly. Choetech got things right, but I would still love to see a SKU with a certified cable included that would probably cost a bit more, but it would ensure the customer  get the right speed.

It works well. It is modestly priced, small, and well designed. If you need a spare charger supporting Power Delivery at 61W, this is one to consider. At 22 Euro/UKP/$.it is a great deal.

Last modified on 07 October 2020
Rate this item
(1 Vote)
Tagged under
More in this category: « Frost Canyon NUC NUC10i7FNH impresses Redmi 9C review is a value Everest »
back to top