Intel XeSS gets ARC A370M up to 78 percent faster 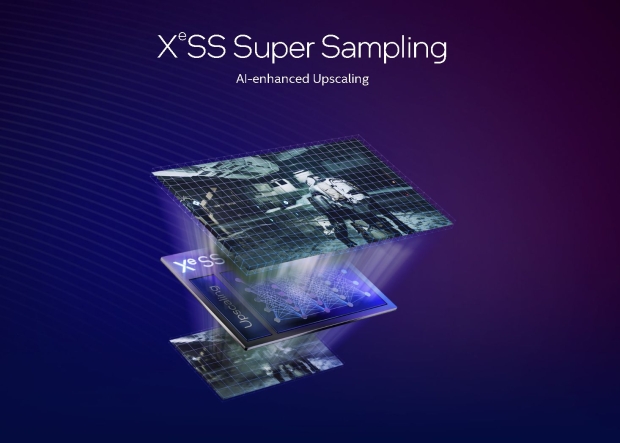 The general idea behind the technology is to use AI-assisted training and algorithms to score higher frame rates on the same hardware.

Imagine my happiness when I realized I had the game installed on the Intel reference design notebook powered by A370M graphics.

Alchemist A370M mobile GPU comes with 8 Xe cores, 8 Ray Tracing units, and 4GB of GDDR6 memory with a 64-bit bus. Another lucky break was that just two days ago; I decided to give Shadow of Tomb Raider a spin on a few resolutions and show that even at 1600x1200, the game ended relatively playable.

We considered the score still playable, especially since this is a relatively thin 16-inch notebook powered by a 12 Gen Alder Lake mobile 12700H 45w TDP CPU with 32 GB RAM.

Imagine our surprise when we ran the same benchmark on the same 31.0.101.3277 driver, and XeSS enabled, scored 91 FPS. This was a performance jump of a whopping 78 percent. In Balanced XeSS mode, we scored 84 FPS, Quality 62 FPS, and ultra-Quality 55 FPS.

Our friends at Intel have reminded us about the new driver 31.0.101.3430 driver that should result in a better score.  In the Performance setting, the score dipped to 82 FPS; the balanced mode stayed similar to 82 FPS compared to the old driver. 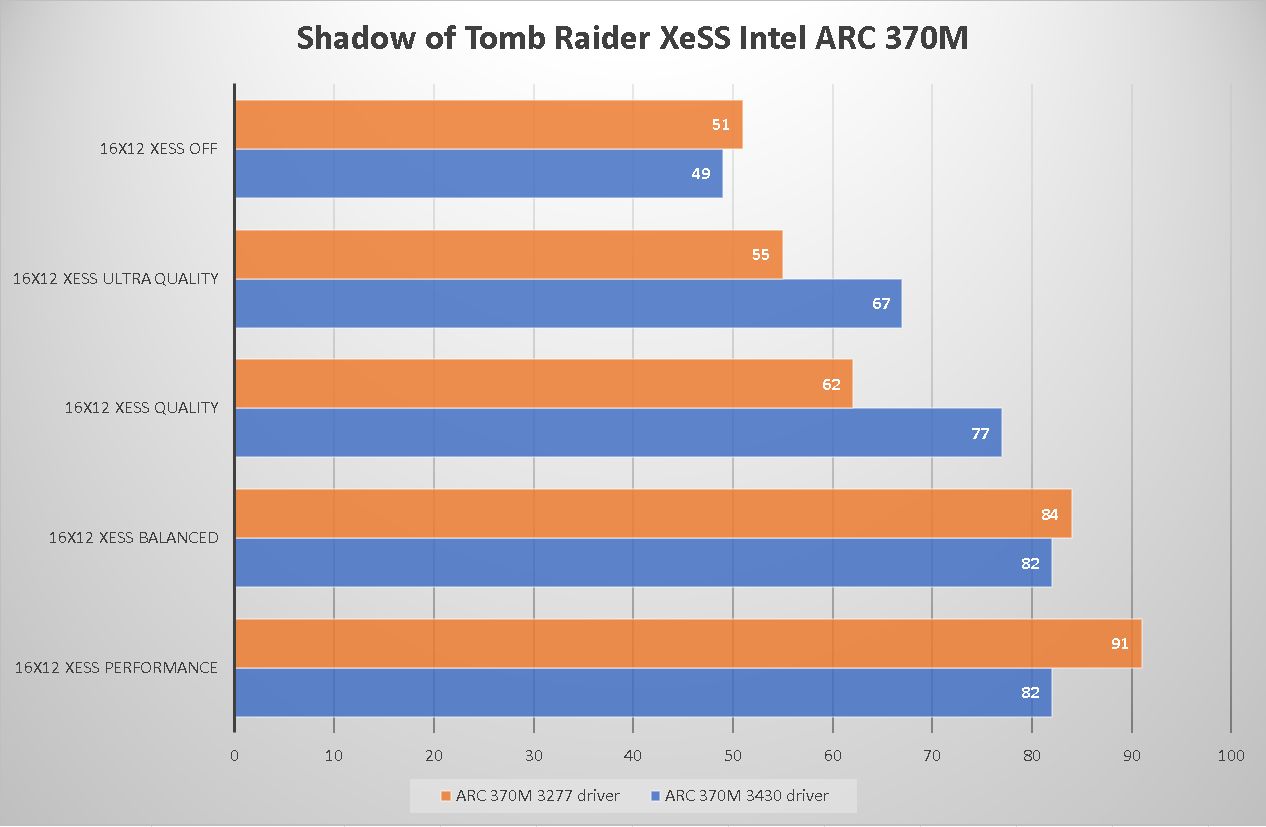 Quality XeSS is the one you want to have enabled, the score increased from 62 to 77 FPS, and in Ultra Quality, the score jumped from 55 FPS to 67 FPS.  Even with Ultra Quality XeSS, one would gain 31 percent more frames at the same 1600x1200 as the game without XeSS.

I am sure there will be skilled colleagues who would want to take a loop and analyze the frames and the quality of the setting, but due to time constraints. In this piece, we pulled some data on a single resolution and two different drivers with a promise to look at the performance on other resolutions as soon as we find the time. 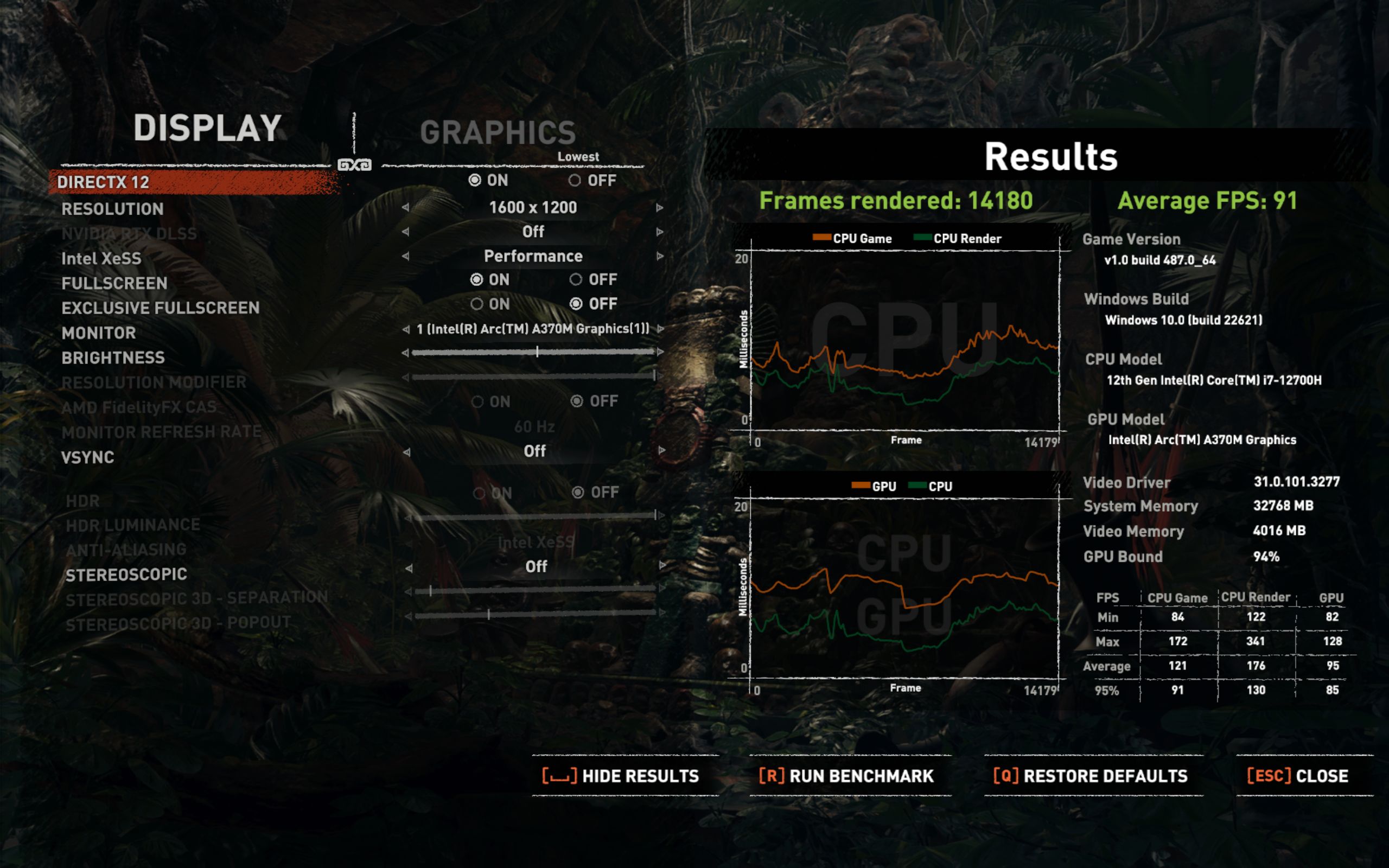