Pascal got pulled in

Volta was previously supposed to follow in the footsteps of Maxwell, which is rolling out this year, at least this was the case last time we saw Nvidia's roadmap.

Things changed today at the Nvidia's GPU technology conference, Jen Hsun Huang, the CEO of Nvidia just showed an updated roadmap with Pascal replacing the Maxwell architecture at some point in 2016.

Volta is currently scheduled to come after Pascal, so definitely from late 2016 onwards. Nvidia told us that the Pascal got pulled in and the module that was shown at the keynote is meant for the increasingly popular HTPC form factor.

To clear any possible confusion, Pascal will make it to mobile, desktop, graphics card factors, so there is nothing to worry about. Just like Maxwell it will show up in all segments where Nvidia needs an up to date GPU.

Volta is now coming after Maxwell, that is the official line. Pascal comes in a unique form factor that opens up a lot of opportunities, but again this very unique chip with stacked memory and NVlink communication is happening in late 2016, quite some time from now. 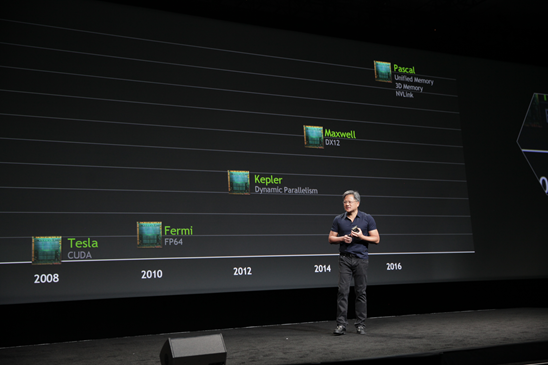 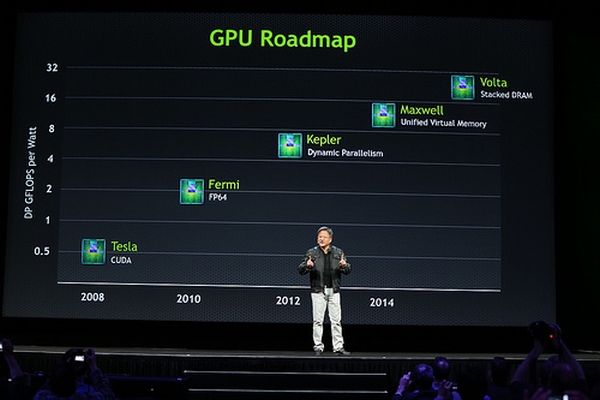 Last modified on 25 March 2014
Rate this item
(1 Vote)
Tagged under
More in this category: « EVGA announces GTX 780 with 6GB of memory AMD unveils the Hawaii-based FirePro W9100 »
back to top