The SD Association has just announced UHS speed Class 3 which is a new high performance class that supports 4K video in its 4096 × 2160 8.8-megapixel resolution. The new class will be available for SDXC UHS-I and UHS-II and SDHC UHS-I and UHS-II memory cards and devices.

UHS speed class 3 defines minimum of 30 Megabytes per second for high quality video and this should be enough even for large 4K video format files. The SD Association came up with UHS-I and UHS-II high performance bus interface that can support data transfer between SD memory card and device or up to 104 megabytes for UHS-I and 312 megabytes per second for UHS-II as a theoretical limit, but we don’t see that the cards will be running that fast anytime soon.

The 4K2K video, live broadcasts and content can be recorded on high-performance devices such as Digital Single Lens Reflex (D-SLR) cameras,  Digital Single Lens Mirrorless (D-SLM) cameras, camcorders and video cameras and then played back smoothly. New devices offering the UHS Speed Class 3 will be backwards compatible and will work with existing SD memory cards.

We are not sure if UHS Speed class 3 cards will also work in existing devices just at lower speeds, or will they need a new device. We can remember that there has been a lot of talks that SDXC cards when they first time showed worked also in some unsupported devices but it was kind of a gamble if it's going to work or not, unless specifically stated. 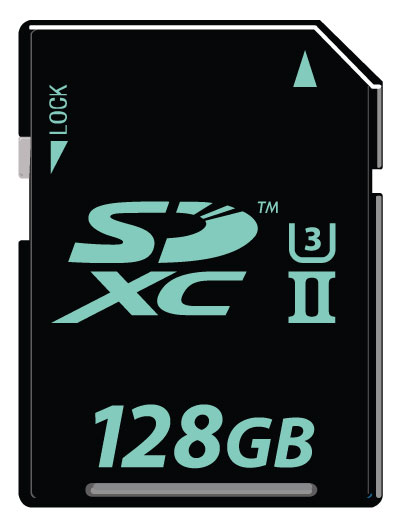 The SD Association has more than 1,000 members and recommends that you use SDHC and SDXC UI cards with SDXC UI branded devices, something that you can see here.

Older SDHC and SDXC cards speed class 10 were enough for full HD video recording and playback but for larger than that, you will need to get the UI card or faster.

You can get more details at the official website here.