According to the latest stock market analytics from Google, it appears that Research In Motion stocks declined roughly 8.4-percent ($15.56) following the transition to a new chief executive officer. The event marks RIMs biggest drop since December 16, 2011. 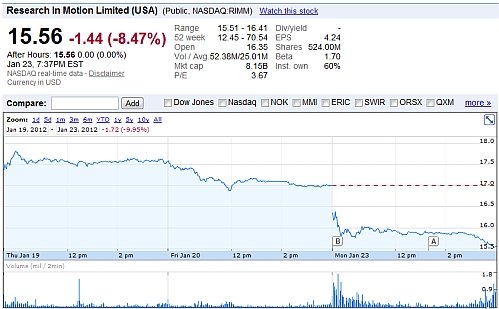 On Sunday, Research in Motion said its co-CEOs and co-Chairmen, Jim Balsillie and Mike Laziridis, will step down from their positions after struggling in recent quarters to keep up with competition against Apple and Google. Thorsten Heins, former COO of Siemens, will replace the pair as CEO, effective immediately, according to RIM. 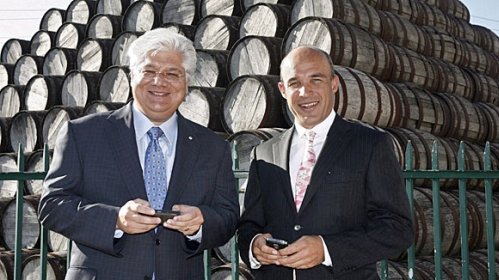 While many analysts are hoping for an optimistic transition with the new high-level executive structure, some have claimed that the falling stock prices may indicate ever-increasing marketshare for the company's two largest competitors. Between September and November 2011, the company's shares fell to 16.6-percent while Google Android-based mobile devices rose to 46.9-percent and Apple iOS-based mobile devices rose to 28.7-percent, according to ComScore Inc.

Thorsten Heins, who came to RIM in 2007 after more than 20 years at Siemens, told investors during a conference call that he doesn’t see a need for “drastic change” at RIM. “Jim and Mike’s strategy of not sacrificing long-term value for short-term gain is the right one,” Heins said. “I share that value.”