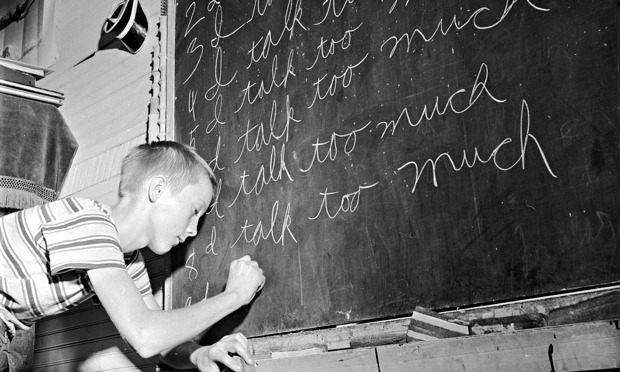 Must stand in the corner

Memory chipmaker SanDisk has made the cocaine nose jobs of Wall Street furious by failing to meet their expectations.

The outfit forecast current-quarter and full-year 2015 revenue well below what was expected and said it would be unable to meet demand for flash memory storage chips until mid-year due to lean inventory levels.

The company forecast first-quarter revenue of between $1.40 billion and $1.45 billion. Analysts were expecting revenue of $1.60 billion and insisted that the company write out 100 times “I must not hack off Wall Street and make us look like idiots for guessing my profit levels incorrectly.”

SanDisk, which is struggling to meet demand for new NAND memory chips, widely used in smartphones, cameras and other mobile devices, expects revenue to fall in the first and second quarters, compared with a year ago, as it works to ramp up inventory levels.

Lean inventory levels and unplanned maintenance at its chip foundry resulted in weak supply of NAND chips in the fourth quarter, the company said on a conference call on Wednesday.

Part of the problem is that SanDisk has not added production capacity in the past two years to cope with the increased demand.

The company said it expects to return to year-on-year growth in the second half of 2015, helped by a ramp up in production of memory chips and market share gains in its solid-state drive (SSD) business.

Last modified on 22 January 2015
Rate this item
(1 Vote)
Tagged under
More in this category: « US schools demand kids hand over passwords Dotcom released encrypted video chat »
back to top