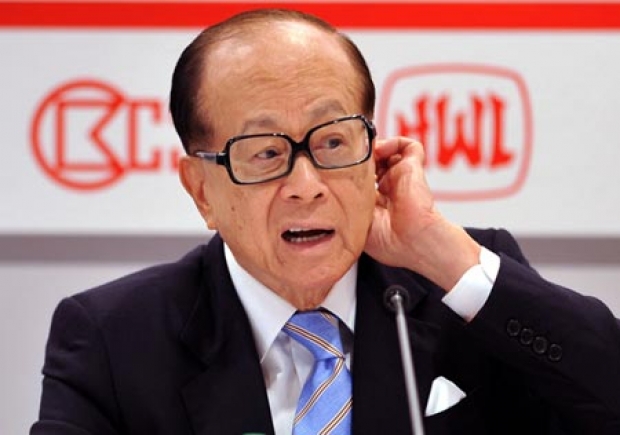 Hong Kong outfit Hutchison Whampoa has written a cheque for Telefonica's British mobile unit O2 for $15.4 billion in what is seen as a consolidation of Britain's telecoms industry.

Hutchison already operates the Three Mobile network in Britain, and buying second-ranked O2, which has about 22 million subscribers will make it the top mobile operator in Blighty.

The move comes only weeks after former state monopoly BT entered exclusive talks with the owners of EE, Britain's biggest mobile operator to create a dominant provider of fixed and mobile phones and internet services. In the end BT opted for EE rather than buying O2.

Asia's richest man, Li Ka-shing, who owns Hutchison Whampoa is revamping his European telecoms business.He founded Orange in the 1990s and returned in 2003 with the launch of its third generation Three network. Three  has not done as well as other parts of Li's bulky portfolio empire.

Telefonica has been reorganising for the two-and-a-half years ago and has been flogging off businesses to focus on its biggest markets Spain, Brazil and Germany.

The marriage of Three Mobile and O2 UK may now trigger more acquisitions or tie-ups in Britain, where the market is currently split between four mobile network operators and four fixed-line and broadband providers.

Watchdog Ofcom has been keen to retain four national players could force a combined Three and O2 to give up some airwaves, and offer good terms for mobile virtual network operators to enhance competition.

Analysts expect Hutchison to consolidate its Italian operations next. It operates businesses in Italy, Britain, Sweden, Denmark, Austria and Ireland. In Asia, Hutchison has mobile operations in Indonesia, Vietnam and Sri Lanka.

Last modified on 26 January 2015
Rate this item
(1 Vote)
More in this category: « MINIX NEO Z64 is available Why did social networking get the works? »
back to top