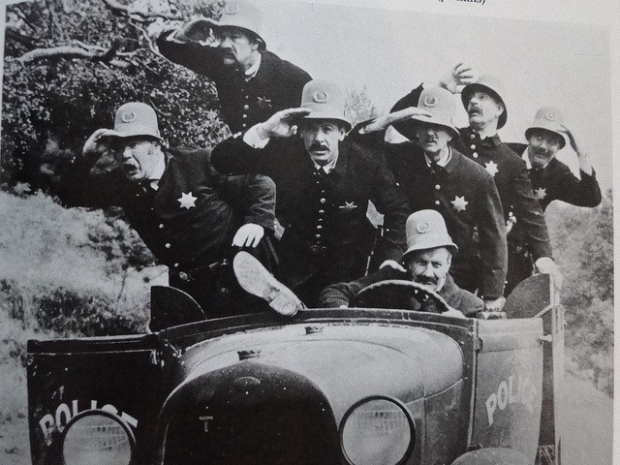 Only one hacker a month arrested

Despite 100,000 cyber crimes being committed every year UK coppers only caught 12 hackers.

In fact on average just one person was convicted of an offence under the Computer Misuse Act every month for the past 23 years.

We assume that it was not the same bloke, because he would be the most luckless criminal ever.

Campaigners from the Digital Trust, which supports victims of online abuse, said police do not know how to cope with the problem.

Criminal justice expert Harry Fletcher, who is a director of the Digital Trust, said: "The police still concentrate their resources on traditional offences offline, but most people are more likely to be mugged online than in the street.

"The law needs to change. It should, for example, be an offence to use any technological device to locate, listen to or watch a person without legitimate purpose.

"In addition, restrictions should be placed on the sale of spyware without lawful reasons. It should also be against the law to install a webcam or any other form or surveillance device without the target's knowledge."

Of course just creating new laws is not going to mean that more hackers will be caught, it will just mean that there are more crimes which they could be arrested for.

The conviction rate against hackers are not bad, if the coppers do arrest someone. Between 1990 to 2006 only 183 defendants were proceeded against and 134 found guilty under the Computer Misuse Act.

Unfortunately the Trust did not see, to realise that a lot of the hacks against companies and individuals come from overseas, particularly Russian or China. Changing laws in the UK would not change anything.

Last modified on 06 April 2015
Rate this item
(2 votes)
Tagged under
More in this category: « Intel boss banked $11.2 million last year New Apple TV will not stream 4K »
back to top