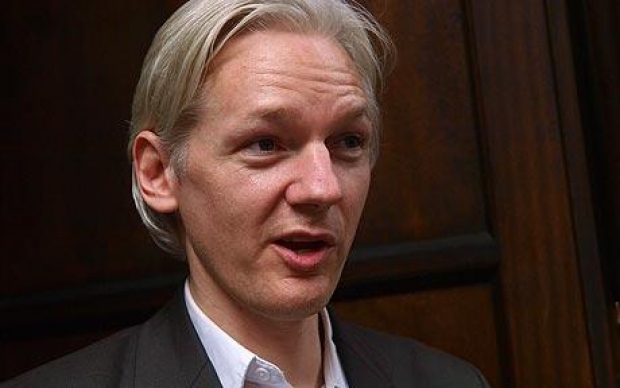 Aussie convict is an insult to British Justice

The Commonwealth Law Conference in Glasgow was subjected to walk outs and boycott from Judges and Lawyers once it became known that Julian Assange was to appear by video link from the Ecuadorian embassy.

The Guardian said that that, "Judges from Scotland, England and Wales and the UK supreme court had agreed to speak at or chair other sessions but withdrew when they found out about Assange's appearance.

Among those to boycott the conference were the most senior judge in Scotland, Lord Gill, and two judges on the Supreme Court, Lord Neuberger and Lord Hodge.

A spokesperson for the Judicial Office for Scotland said: "The conference programme was changed to include Assange's participation at short notice and without consultation.

Assange is a fugitive from justice, who bypassed the British legal system by fleeing to a foreign embassy.The Judges considered that it would be inappropriate for judges to be addressed by him.

"Under these circumstances, the lord president, Lord Gill, and the other Scottish judicial officeholders in attendance have withdrawn from the conference." A spokesman for the UK supreme court added: "Lord Neuberger and Lord Hodge share the concerns expressed by Lord Gill and his fellow senior Scottish judges ... As a result of this unfortunate development, they trust that delegates will understand their decision to withdraw from the conference"

Last modified on 21 April 2015
Rate this item
(6 votes)
Tagged under
More in this category: « D-Link says sorry for being rubbish Israeli security Checkpoint expands »
back to top