Raspberry gets its own box 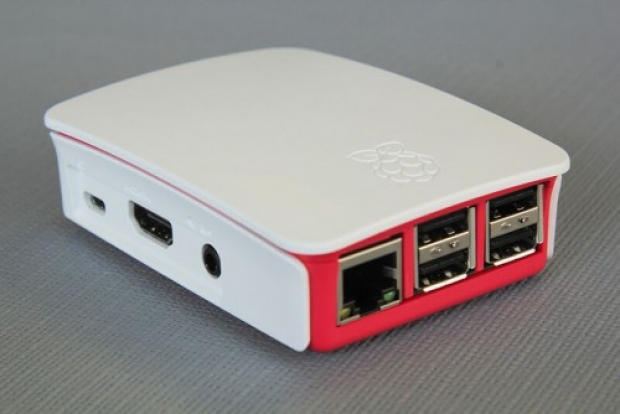 After three years being a naked circuit board the Raspberry Pi Foundation has launched an official case.

The Official Raspberry Pi case is a convertible unit enclosed with a white lid. A snap-on pink cover provides access to the internals. In either configuration, the case provides access to all the primary ports, including the micro SD slot, and the power and activity lights can be seen..

According to the Raspberry Pi Foundation it struggled to perfect the design and it spent a lot of time asking for changes and the moulding company to press out some new cases.

Spokesman Gordon Hollingworth wrote in the Foundation's bog:. "We went through literally dozens of imperfect iterations – lumps here and there, clips that didn't clip, inconsistent colours, ill-fitting parts, bits dropping off the case, incongruously fragile and snappy corners – and eventually we gave up and moved our business to a company a little more used to the type of high quality injection moulding that we required."

The end result is a case that "now clips together cleanly and stays clipped together, all the interfaces are 'just right' the colouring is perfect and it can be made in the quantities we were hoping for," says Hollingworth.

The case costs only £6 from the Raspberry Pi Swag Store, with an additional £3 for delivery. It's designed to fit the new Raspberry Pi 2, which was released earlier this year.

Rate this item
(2 votes)
Tagged under
More in this category: « Apple is convicted of playing monopoly Huawei working with Google on new phone »
back to top