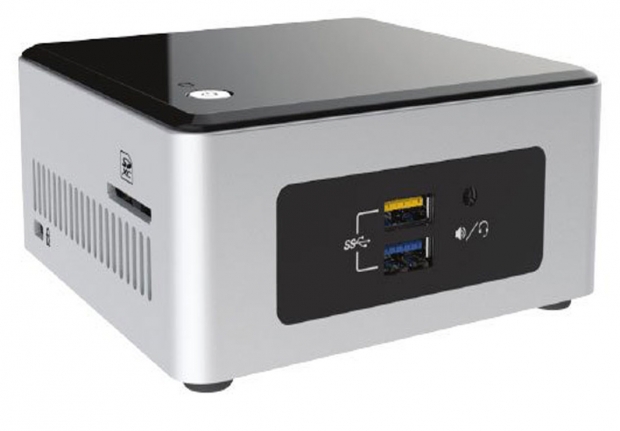 The more expensive NUCs sport Broadwell CPUs. Ars Technica spotted the two NUCs which Intel appears to have quietly snuck out under cover of darkness each with catchy titles.

Braswell uses the same "Airmont" CPU cores and s cut-down Broadwell GPU but can run at a higher TDP than Atoms which lets them run at higher speeds for longer. With their SATA technology they are designed for low-end desktops.

Both NUCs have the same port layout, and the same system board. They have two USB 3.0 ports on the front and two on the back and a headphone jack.

Because these would make good media machines there is an HDMI 1.4a port which can appears to be able to output 4K video at 24Hz. This is next to the VGA port in case you want to run a low powered desktop machine.

Both support a single DDR3L SODIMM and a 2.5-inch SATA III HDD or SSD, but no mSATA or M.2 SSD.

Unlike some of the Intel NUCs these two have fans.

The Celeron version is listed on Amazon for $129, though it currently has a two- to four-week shipping window.

Rate this item
(0 votes)
Tagged under
More in this category: « Foxconn "zookeeper" aims to be the world's biggest Sophos valued at a billion »
back to top