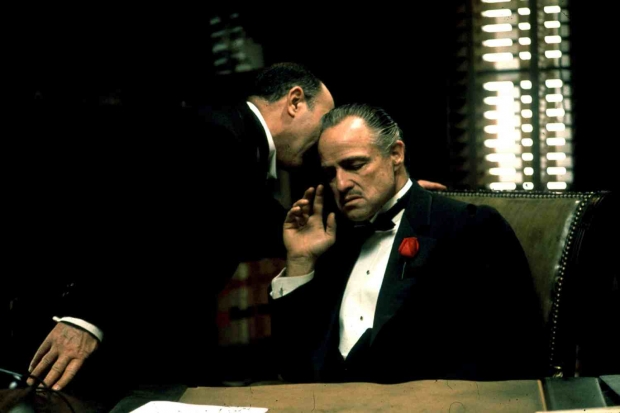 He will sleep with the fishes

The language of the anti-virus industry has always been a little colourful, but Eugene Kaspersky went a little over the top with his godfather impersonation.

In 2009, Eugene Kaspersky, co-founder of one of the world's top security companies, told some of his lieutenants that they should attack rival antivirus software maker AVG Technologies by "rubbing them out in the outhouse."

Reuters has gotten rather excited about the emails, but anyone should have told them that an outhouse is not really a place to put a bullet in someone's skull, as there is not a lot of room.

One of my more perverted friends has suggested that this is not the sort of rubbing out that is normally done in an outhouse and that he doubted that AVG would have minded.

However he is not the first Russian to talk about rubbing people out in outhouses. Action man and not at all gay Vladimir Putin once said he would chase Chechen rebels wherever they were: "If we catch them in the toilet, then we will rub them out in the outhouse."

Former employees say that the reprisal Kaspersky was pushing for was to trick AVG's antivirus software into producing false positives - that is, misclassifying clean computer files as infected.

"More and more I get the desire to smack them with their falses," Kaspersky wrote in Russian in one email seen by Reuters, dated July 23, 2009. He accused AVG of poaching staff from his company. "AVG is carrying out an HR attack on the company, mostly the managers."

Kaspersky Lab has denied the allegations. On Friday, it said the emails "may not be legitimate and were obtained from anonymous sources that have a hidden agenda."

Kaspersky did not give specifics on the "rubbing out" method that he envisioned using against AVG. It was a trick that the company had used against a competitor in China years ago. He did not identify the company in the email.

This was probably Jiangmin did well because it copied Kaspersky Lab's identifications of malicious software files.

After repeated threats and attempts to reach a licensing deal with Jiangmin failed, the Chinese expert said, Kaspersky Lab began to fake some of its malware detections in China in order to cause problems on Jiangmin's customer machines when the Chinese company copied them.

Still it all makes a good Cludo game... next time I play it I might try saying Mr Kaspersky in the outhouse with a rubber.

Last modified on 31 August 2015
Rate this item
(0 votes)
Tagged under
More in this category: « Minix Z series with Pentium 3700 pictured Acer wants to be bought out »
back to top