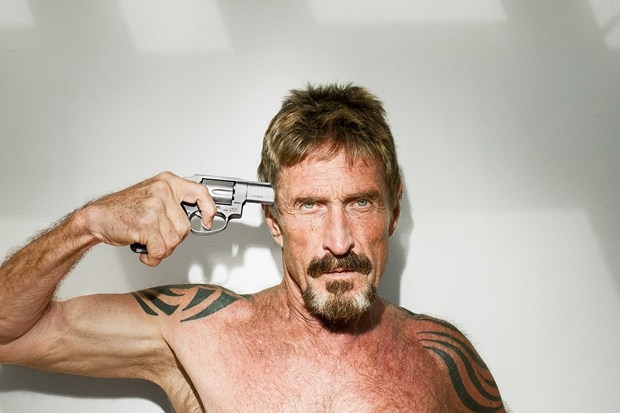 The establishment knows nothing about tech

IT's answer to Hunter Thompson, John McAfee has thrown his hat into the ring as president.

After all in a race in which Donald Trump is taken seriously, it is possible that McAfee could do rather well.

Writing in Digitrends McAffee said that it would not be "politics as usual."

"Our government is in a dysfunctional state. It is also illiterate when it comes to technology. Technology is not a tool that should be used for a government to invade our privacy. Technology should not be the scapegoat when we fail to protect our digital assets and tools of commerce. These are matters of priorities," he said.

McAfree said that the US was unprepared for a cyberwar that has already begun and is about powerful people and powerful conglomerates of corporations and lobby groups.

"Americans have been brought to their knees by this Orwellian machine. If you think you are not a subject or it does not affect you, look at our debt. Our future has been pre-spent and sold. We should all be outraged, and many are," he wrote.

He is calling his party the Cyber Party and he wants people to demand more from the government – honesty and freedom.

He said he is confident he can win. Face it he is not the first US politician who was fled questioning on a murder charge. Aaron Burr killed his political rival Alexander Hamilton in duel and prostitutes and drug accusations appear to come with the job.

Last modified on 11 September 2015
Rate this item
(3 votes)
Tagged under
More in this category: « Be a Tourist Without Being a Tourist, VR Intel pounces on better bandwidth router chips »
back to top