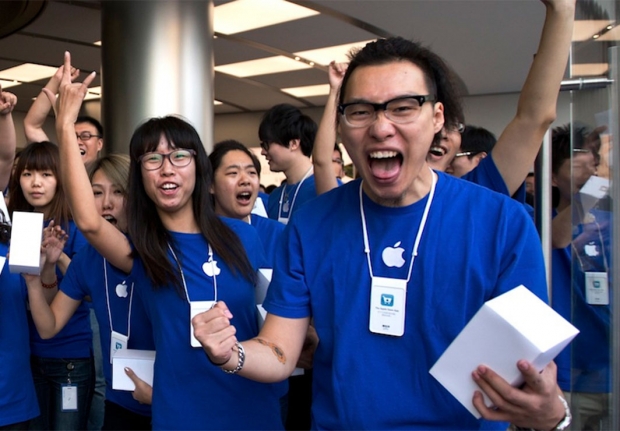 A bloke has successfully sued Apple for destroying his honeymoon snaps.

Deric White, 68 made the grave mistake of trusting his iPhone to one of Apple’s genii when the expensive gadget broke down. On the phone was his Seychelles honeymoon snaps.

What White found was that Apple was completely uninterested restitution and forced White to take the case to court.

District Judge Ruth Fine told the hearing that this could easily have been settled if common sense had come into the arena. Awarding Deric £1,200 compensation plus £773 court costs, the judge said: "I accept his version of events.

"The defendant's employees were negligent in the treatment of the claimant's telephone, causing the claimant loss of photographs of particular sentimental value and the loss of all his contacts. I'm satisfied he was unable to retrieve the lost photographs and contact details.”

Apple's lawyer Victoria Nottage told the court that White “made the affirmative decision” to take the phone into the Apple store in Regent Street to have the phone serviced or repaired.

"In doing that, he made the decision to hand the phone over to them knowing the iPhone was not backed up and the pictures and videos were therefore at risk,” she told the court.
In other words it was his fault. When Apple says it can repair a phone it means that it just wipes the hard drive and does a re-install – a cock-up that most users can do on their own.

Deric said after the case: "They have dragged me through the mud for this. Property manager Deric told the London County Court: "I was absolutely livid and my wife had been in tears.
"We had beautiful pictures of the Seychelles and other pictures as well. All my contacts had gone and they had vandalised my phone. They knew they had done this and send me on my way. This is where my anger is - they sent me on my way like an imbecile.”

To be fair Apple is used to dealing with Apple fanboys who cheerfully accept what ever the company tells them.  Hell they even buy a nearly identical phone every year because Apple says it is "super, cool and good."

What is interesting though is how the press have reported the case. Most of them appear to be obsessed with the fact that one of the videos on the phone was of a turtle biting someone’s hand . In the old days this was a “pensioner faces off huge heartless multi-national” story now it is trivialised as a “man sues apple over Turtle bite video.”

Last modified on 02 December 2015
Rate this item
(10 votes)
Tagged under
More in this category: « Ructions in Yahoo boardroom Lenovo shows off mobile workstation »
back to top