Nvidia to bundle The Division with its graphics cards 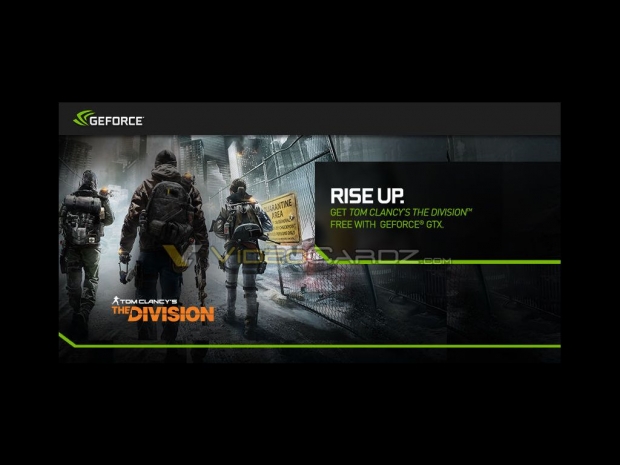 Partners up with Ubisoft

According to a leaked product page, the new Geforce bundle from Nvidia will be in partnership with Ubisoft and their new Tom Clancy's The Division game.

According to a leaked promotion page spotted by Videocardz.com, it appears that Nvidia will bundle its high-end Geforce graphics with Ubisoft's upcoming Tom Clancy's The Division game. This does not come as a big surprise considering the partnership between Nvidia and Ubisoft as well as Nvidia involvement in the development of the game including the implementation of some Nvidia effects like HBAO+ and Percentage Closer Soft Shadows (PCSS).

According to the leaked promotion page, the game will be bundled with GeForce GTX 970, GTX 980, GTX 980 Ti desktop graphics card as well as notebooks equipped with Geforce GTX 970M and GTX 980M graphics cards.

It will also be limited to select regions and retailers as well as either a time or supply limited offer.

The promotion should start sometime this week and in case you missed it, open beta for The Division on the PC starts on February 19th. The full game, on the other hand, is scheduled to be released on March 8th on the PC, Playstation 4 and Xbox One. 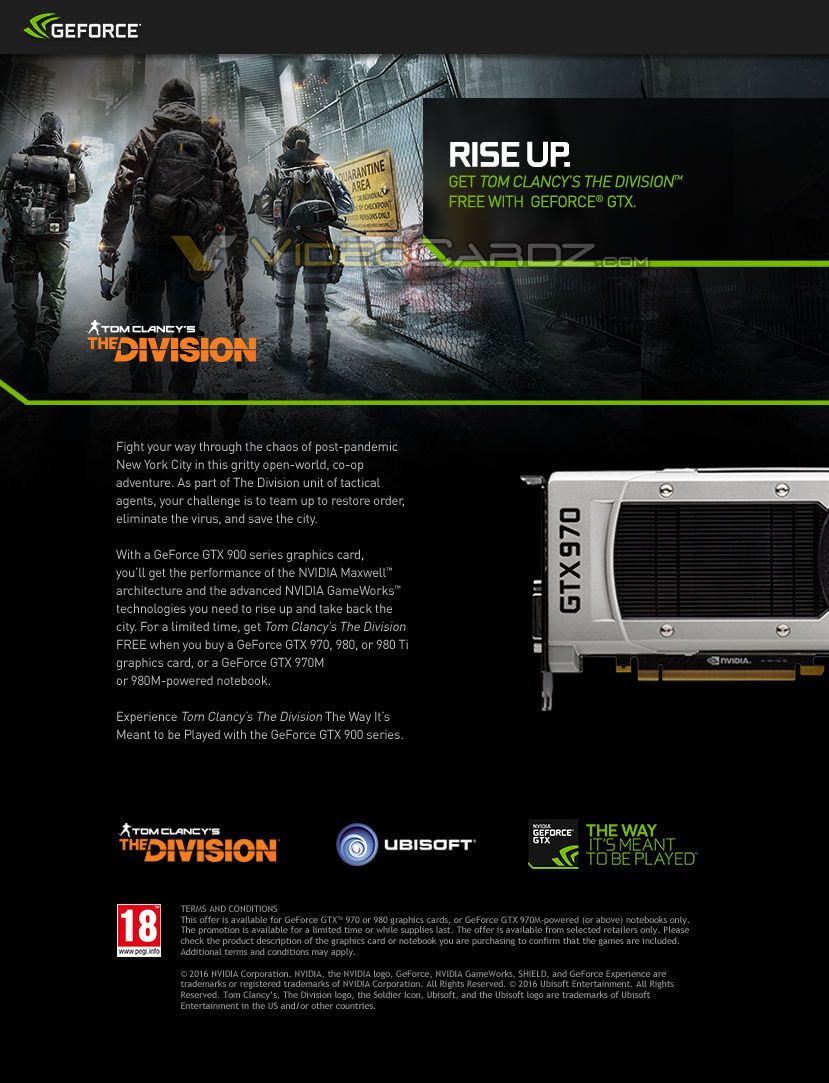