Torvalds admits he is not a “people person” 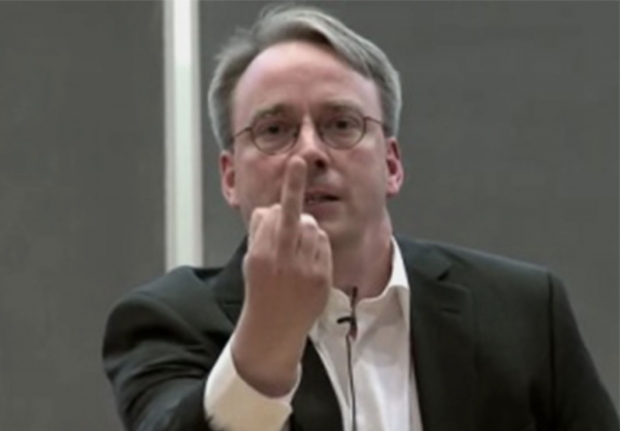 Gosh and we never knew

The creator of Linux, Linus Torvalds has shocked the world and admitted he is not a “people person.”

The software creator gave a rare interview at the TED (Technology, Entertainment and Design) conference in Vancouver and mentioned that he did not originally intend to make Linux open-source.

Sharing his work was tricky because it was not a collaborative project. He said he started it for myself. He needed the end result but he also enjoyed programming.

In the end Torvalds made it publicly available but had no intention to use the open-source methodology. He just wanted to have comments on his work.

All this might seem strange for the bloke who is credited with kick-starting the open-source movement and running a software empire, but for Torvalds it comes down to personality.

"I am not a people person... I have always been a nerd... My sister had to brief me about who family members were. I was more interested in my Rubik's Cube than my younger brother."

However he said that Torvalds has come to learn that having different people involved in a project is important.

"We need the 'people people' who are warm and friendly. I just care about the technology and there are things that I can't do."

He said he was an engineer not a visionary. He was happy with the people who are wandering around looking at the stars but he was looking at the ground fixing potholes.

Torvalds admitted that he could not design a user interface to save his life.

“If I was stranded on a desert island and the only way to get off was to create a pretty UI I would die there," Torvalds said.

Last modified on 18 February 2016
Rate this item
(10 votes)
Tagged under
More in this category: « Nvidia does well by losing its PC addiction Nvidia has 20 to 25 million powered cars in the pipeline »
back to top