Chinese to deploy Daleks as police 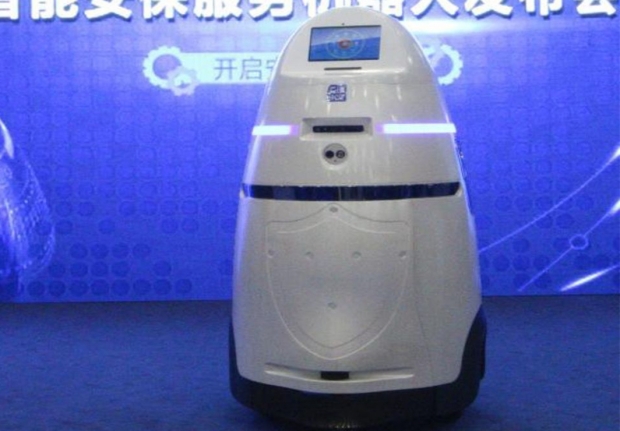 The Chinese National Defense University has been showing off its first police robot which looks a lot like one of Dr Who’s Daleks with its plunger taken away.

Dubbed the Anbot it can patrol autonomously and protect against violence or unrest. It has cameras and audio recorders located at the front, sides, and back of its midsection.  A video screen on top allows the Anbot to communicate with civilians, criminals, and police officers, while the slot above the front camera may house its electrical stun weaponry. At the moment it has not got the ability to exterminate.

It has enough battery power for eight hours of operations, autonomous navigation and intelligent video analysis, and can reach speeds of 18 kmph to chase down fleeing criminals or respond to emergencies. Of course if the crime leaps over a fence, or through a narrow gap or climbs some stairs the Anbot is stuffed,

The Anbot can also rush over to the scene if a bystander cries for help, and it can even recharge itself without human intervention.
NDU promises that in addition to standard police patrolling, the Anbot can undertake riot control, by remotely firing its electroshock weapons (or by running over unruly protesters).

Anbot's most controversial feature is naturally the onboard "electrically charged riot control tool" such as a Taser or extendable cattle prod. This can only be fired by the Anbot's human remote operators at the moment.

The Anbot's size means that it has room to mount other law enforcement gear, like death rays, tear gas canisters, plungers and other less lethal weaponry.

More in this category: « Apple grinding to a halt Piracy up over Netflix antics »
back to top