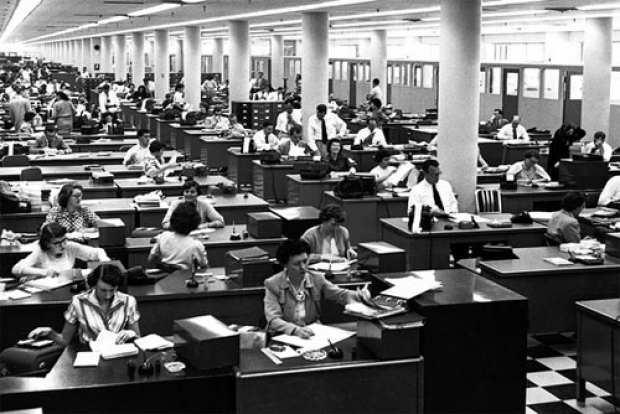 Rule by an elite few

Wikipedia has degenerated into a 20th century corporate bureaucracy run by an elite few and lost site of its early egalitarian ideals, according to a new report.

According to a new paper published in the journal Future Internet, Wikipedia might have started out with the right idea but as it has evolved it has become a deeply unpleasant social heirarchical organisation dedicated to the furthering the egos of a small number of people.

Indiana University undergraduates Bradi Heaberlin and Simon DeDeo decided to examine the emergence of social hierarchy and online behavioral norms among the editors of Wikipedia. They examined 15 years of Wikipedia data, involving tens of thousands of individuals, from 2001 to 2015. Their conclusion was that it was exactly like a university system, or like General Electric, or AT&T.

“Every single action that anybody ever did has been tagged to the second. The resolution of that data is so good, we are like gods. We can look at that system now, we can fast forward, we can rewind.”

This makes it possible to track how complicated abstract ideas like honesty, fairness, and authority emerge and evolve in a community like Wikipedia, in much the same way financial analysts track prices and monetary flow.

Wikipedia obeys the “Iron Law of Oligarchy” where a few people hold sway. German sociologist Robert Michels coined the phrase in 1911, while studying Italian political parties, and it led him to conclude that democracy was doomed.

“You start with a decentralized democratic system, but over time you get the emergence of a leadership class with privileged access to information and social networks. Their interests begin to diverge from the rest of the group. They no longer have the same needs and goals. So not only do they come to gain the most power within the system, but they may use it in ways that conflict with the needs of everybody else.”

He and Heaberlin found that the same is true of Wikipedia. The core norms governing the community were created by roughly 100 users—but the community now numbers about 30,000.

This mirrors a previous report in Physical Review by physicists at the Korea Advanced Institute of Science and Technology. It found a fairly small number of Wikipedia editors exert too influence on the site and this is getting worse over time.

Effectively this means that knowledge is defined by those who know nothing, but are interested in furthering their own agenda. For example. Fudzilla is not an Internet magazine according to Wikipedia.Despite numerous quotes from Fudzilla through-out Wikipedia, two people decided that a magazine with a huge number of hits, loyal readers, with a history of breaking stories was "not notiable." The editor who made that decision admitted he knew nothing about tech reporting but found another editor to take down Fudzilla's entry in record time. However Fudzilla's less conspicious rivals are allowed pages.

DeDeo and Heaberlin’s analysis predicts that editing inequality is increasing over time as a result the growth of Wikipedia is slowing down, and our observation indicates that this will continue unless something is done about it.

Their analysis demonstrates that Wikipedia is conservative and preserves those aspects that worked early on. As the community added new members and grew rapidly, 89 percent of the core norms stayed the same. Nobody ever overthrows an existing norm, and nobody creates a new norm that becomes as dominant as the original core norms. If a particular norm was important in 2001, chances are it was still important in 2015.

Over time, these four central communities become increasingly separate and interact with each other less and less. In a complex network, this is known as decoupling.

There are no  attempts to resolve conflicts. Instead, you get the emergence of tribalism. For some Wikipedia users, the most important aspect of the community is collaboration and mutual respect. Others value providing verifiable neutral information, or view Wikipedia as kind of a “Noah’s ark” repository of information should civilization collapse. Those obsessed with content policy may think the most important aspect of Wikipedia is that it is open and shared freely.

Last modified on 28 April 2016
Rate this item
(10 votes)
Tagged under
More in this category: « Piracy up over Netflix antics Samsung heading for more profits »
back to top