Hard-drives on their way out 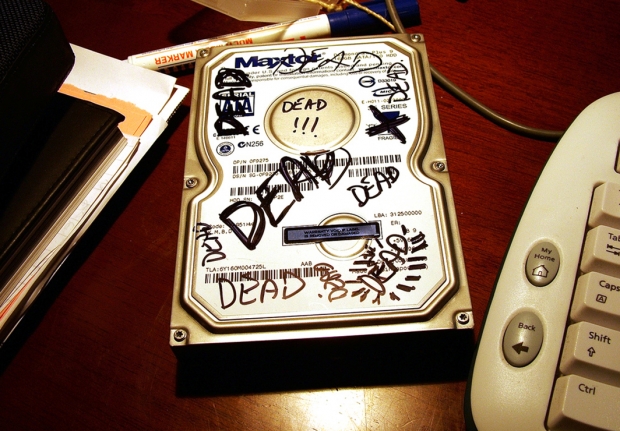 HDD shipments across the board for all HDD applications were down 12.3 per cent over the prior quarter, despite the fact that the average HDD capacities increased.

During the quarter, Seagate joined Western Digital in announcing it was shipping 10 TB He-filled HDDs, currently the peak HDD capacity point, for the enterprise Near-Line and Active Archive storage markets.

However the falling HD sales indicates that the technology is slowly dying. Not only are SSDs much faster they are reaching a price parity. Some of the fall might simply because larger drives are taking over and don’t fill up so much.

According to Tom Coughlin, chairman of the Storage Visions, it is unlikely that we will see average growth in HDD shipped units of 15 per cent or more in the foreseeable future.

HDDs are expected to decline for client computer applications as the price of a useful flash amount of memory storage capacity decreases.
HDDs and other storage for consumer electronic applications, such as DVRs are expected to decline with the introduction into more markets of cloud driven network DVR where the recording is done in a data centre. Of course network DVRs will increase the demand for near-line HDD storage in the cloud.

Last modified on 04 May 2016
Rate this item
(7 votes)
Tagged under
More in this category: « AMD releases new range of SSDs 10-year old for finds Instagram flaw, Facebook pays him $10,000 »
back to top