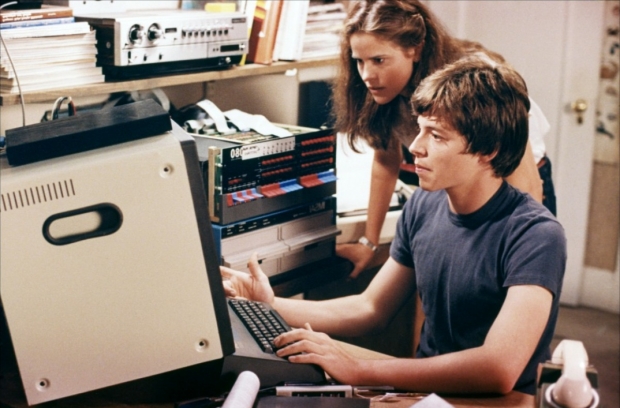 Matthew Broderick might still have the gear to hack it

After decades, the US Defense Department is still using  eight inch floppy disks in a computer system that coordinates the operational functions of the nation's nuclear forces.

It seems that the nukes are plugged into a 1970s-era IBM Series/1 Computer with its long-outdated floppies. This means that the whole nuclear deterent including interconntenal ballistic missles, nuclear bombers rests on devices which probably take half an hour to boot up.

According to the new Government Accountability Office report the department's outdated "Strategic Automated Command and Control System" is one of the 10 oldest information technology investments.

IT systems which are so old they could be knocked over by Matthew Broderick with 1980s gear are being used to handle important functions related to the nation's taxpayers, federal prisoners and military veterans, as well as to the US nuclear umbrella. The question is that given that the US spends literal absolute bomb on its defence how could all this tech be powered by the same sort of software used to send pioneer into space.

"Federal legacy IT systems are becoming increasingly obsolete: Many use outdated software languages and hardware parts that are unsupported. Agencies reported using several systems that have components that are, in some cases, at least 50 years old."

"This system remains in use because, in short, it still works. However, to address obsolescence concerns, the floppy drives are scheduled to be replaced with Secure Digital devices by the end of 2017. Modernisation across the entire Nuclear Command, Control, and Communications (NC3) enterprise remains ongoing."

Other agencies are moving toward that more slowly, at best. More than 75 percent of $80 billion budgeted for federal IT efforts across all agencies in fiscal 2015 was spent on operations and maintenance investment, and such spending has increased in the past seven years, GAO noted.

GAO pointed out that aging systems include the Treasury Department's "individual master file," which is the authoritative data source for individual taxpayers. It's used to assess taxes and generates refunds. That file "is written in assembly language code — a low-level computer code that is difficult to write and maintain — and operates on an IBM mainframe," the report said.

Last modified on 27 May 2016
Rate this item
(1 Vote)
Tagged under
More in this category: « Google shoots down Oracle case ASUS announces ROG Strix Geforce GTX 1080 »
back to top