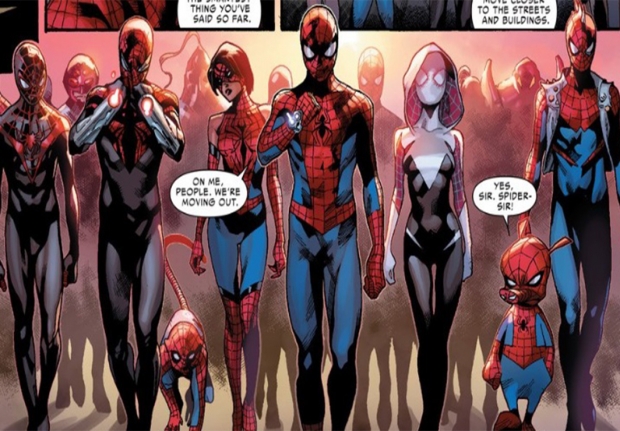 Ziggy Stardust and the Spiders from Siemens

German manufacturing giant Siemens has developed an army of robot spiders which can work together to build 3D print structures and parts in real time.

Dubbed what Siemens calls “mobile manufacturing” the prototype SiSpis, or Siemens Spiders, these robots work together to accomplish tasks, and can be reprogramed to learn new jobs.

The fact they can be reprogramed gives the bots an edge over traditional manufacturing robots. They can be changed to give them new tasks, allowing for greater flexibility for manufactures.

According to Siemens, “the robots use onboard cameras as well as a laser scanner to interpret their immediate environment. Knowing the range of its 3D-printer arm, each robot autonomously works out which part of an area—regardless of whether the area is flat or curved—it can cover, while other robots use the same technique to cover adjacent areas. By dividing each area into vertical boxes, the robots can work collaboratively to cover even complex geometries in such a way that no box is missed.”

Additionally the spiders have been programed to have a level of autonomy. They know where they are, and when their batteries get low they walk to a charging station and hand off whatever task they were working on to another spider.

Communication between the bots is handled via Bluetooth and Wi-Fi, creating a collaborative mind where each spider knows exactly how much work it can do and how many other spiders will be needed to finish a job.

Swarms of programmable spider robots which could repair a damaged ship in real time, or be utilized for dangerous missions in space. Industrial sized SiSpis could weld cars or other large-scale industrial projects. They could also take over the world in swarms if they work out how to program themselves.

Last modified on 06 June 2016
Rate this item
(1 Vote)
Tagged under
More in this category: « Seasonic announces new Prime power supply series World's most innovative company is IBM »
back to top