SpaceX announces ITS missions to colonize Mars within 50 years 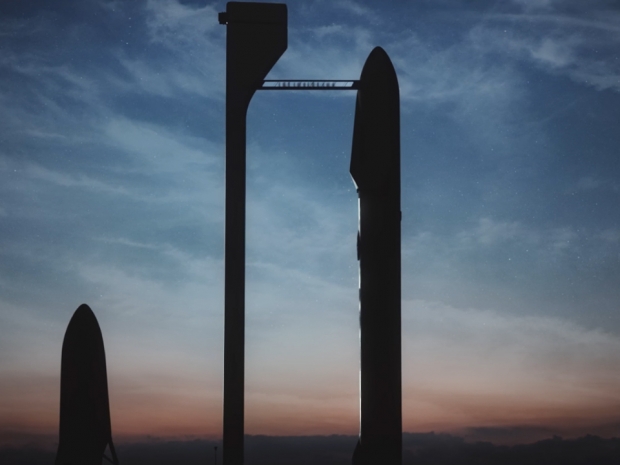 During a conference in Mexico on Tuesday at the International Astronautical Congress, SpaceX CEO Elon Musk unveiled the company’s plan to deploy human spaceflights to Mars using a proprietary transportation system capable of carrying at least 100 passengers per flight.

The company's project, called the Interplanetary Transport System (ITS), consists of a reusable rocket capable of lifting 300 tons into low-Earth orbit, over two times the capacity of NASA’s Saturn V rocket between 1967 and 1973. Back then, the average cost of launching a Saturn V Apollo mission was $185 to $189 million, where $110 million ($0.71 billion adjusted for inflation) was just for the production cost of the vehicle. Now, SpaceX says the architecture of its ITS rocket system “allows for a cost per ticket of less than $200,000,” while the cost of moving to Mars ultimately could drop below $100,000. 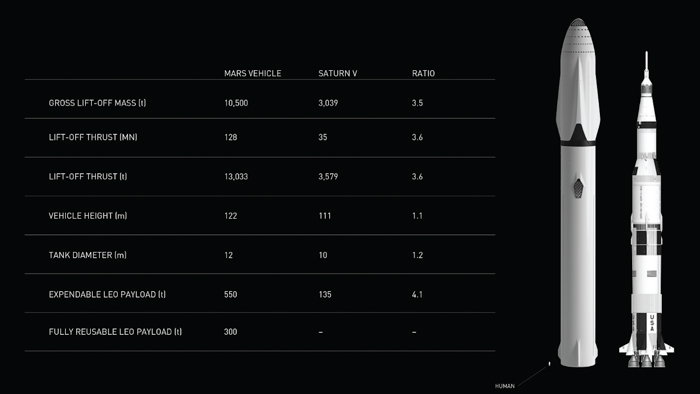 Of course, the development costs to the company will initially be much higher, as it has only assigned about 5 percent of its employees to the ITS project for now. Within two years, SpaceX hopes to assign most of its engineers to the project and initially wants to spend about $300 million annually to make it happen. Ultimately, however, the project's total cost may require investments of about $10 billion if initial phases are met as scheduled. If it succeeds, SpaceX hopes to establish a permanent, self-sustaining colony on the Red Planet within the next 50 to 100 years, according to comments made during the ITC conference.

ITS rocket and spaceship 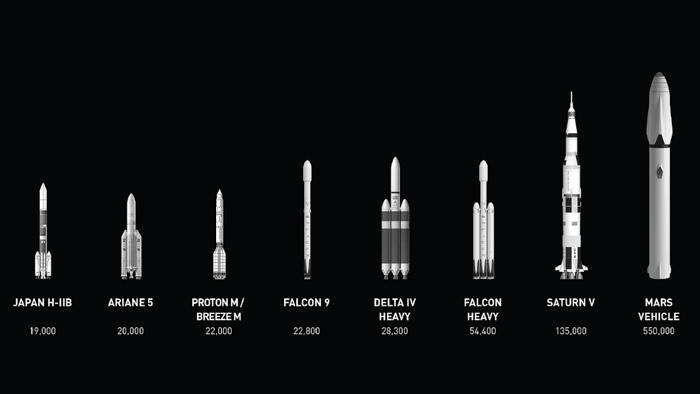 The ITS rocket is a larger version of the company’s Falcon 9 booster, spanning 254 feet tall (77.5 meters) and featuring 42 Raptor engines, compared to the latter’s 230-foot height and nine Merlin engines. Musk claims the space rocket is three times more powerful, and when combined with a crewed spaceship it will stand 400 feet high (122 meters). The spaceship itself will sit on top of the ITS booster and will stand 162 feet tall (49.5 meters), 56 feet wide (17 meters) and will have nine of its own Raptor engines. 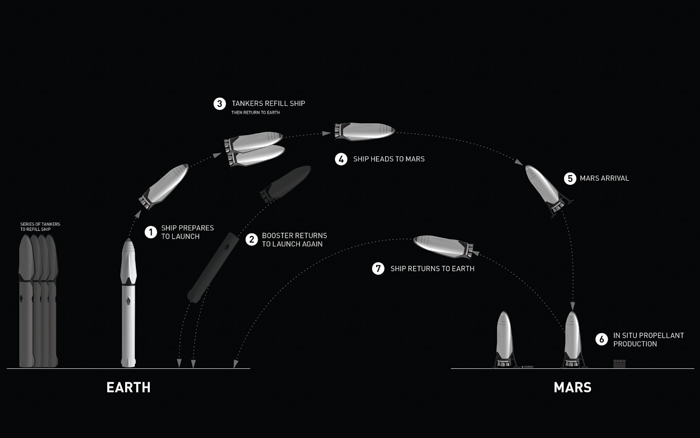 As for the experience of traveling inside the spaceship, it is possible to have movie theaters, lecture halls, and even a restaurant, among other amenities not even conceived by the original Apollo astronauts. "It'll be, like, really fun to go," Musk said. "You'll have a great time."

The 42-engined booster will launch the spaceship into Earth orbit and return to a soft landing at its launch site, while the spaceship will continue into orbit with a small amount of fuel in order to maximize its payload of passengers and cargo at a sustainable travel velocity. At this point, a second ITS booster will launch with a refueling tanker and meet the spaceship in orbit to refuel prior to leaving for Mars. The company's full presentation with more details on the mission profile can be found here.

Of course, the company intends to have collaboration efforts between government groups and private investors alike, making this project a long-term private-public effort as project phases are completed over time. As for a launch site, SpaceX has currently envisioned Launch Pad 39A at NASA’s Kennedy Space Center in Merritt Island, Florida.

The company is currently building four Dragon 2 capsules at its Hawthorne, California headquarters each equipped for seven passengers. Two will be used for final qualification testing and two will be flown for flight testing next year, and they will eventually be used for commercial resupply missions to the ISS in three years from now under a NASA contract.

“What I really want to do here is to make Mars seem possible — make it seem as though it's something that we could do in our lifetimes, and that you can go,” Musk said.

Dragon capsule mission to launch in May 2018

For now, the company has made plans to launch unmanned Dragon capsules towards Mars every 26 months beginning in May 2018. During this timeframe, it will test a unique landing technique called “supersonic retropropulsion,” which slowly fires onboard thrusters in descent toward a given landing area rather than relying on parachutes.

According to Musk, it should eventually be possible for SpaceX and other companies to depart “en masse” toward Mars in colonial fleets consisting of 1,000 or more ships departing every 26 months. In other words, if one spaceship can transport at least 100 passengers this would mean a fleet of 1,000 could carry up to 100,000 passengers just over two years apart.

These will not be one-way trips, as SpaceX expects ITS spacecraft to be refueled on the Red Planet prior to returning to Earth during each scheduled 26-month launch cycle. The advantage of returning to orbit from Mars, it claims, is that the launch process does not require as large of a rocket because the planet has a weaker gravitational pull than Earth. The cycle is expected to help establish a steady cadence of departure and return windows with travel times ranging anywhere between 80 days, and the potential to cut travel time down to as little as 30 days at some point.

Reusability is a key component

Musk says the reason he started SpaceX in 2002 was to eventually see a path towards colonizing Mars, with the reusability factor of its ITS spaceships and boosters being a key component to the project’s first successful return mission.