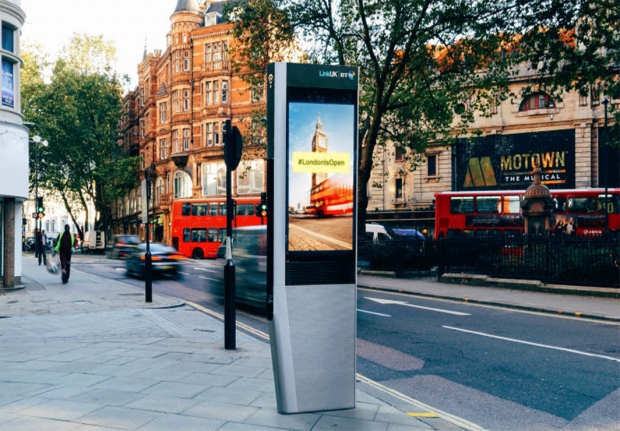 British Telecom has announced that it will soon begin providing Londoners with free public Wi-Fi, free phone calls and free charging in a range of hotspots.

The service will be known as LinkUK, with kiosks hitting London's streets next year.

Hundreds of users within range of a Link will be able to access free Wi-Fi (which claims to hit speeds of up to 1GB/s), as well as gain access to maps, directions and local services.

Gerry McQuade, CEO of BT Wholesale said: "We're evolving the phone box to make it relevant in the 21st century by offering people ultrafast Wi-Fi and a range of digital and information services entirely for free."

Around 100 Links will be installed in Camden from next year, with at least 750 coming to central London and major cities across the UK over the next few years.

"Expanding London's digital infrastructure is a priority for the Mayor, and LinkUK can play a big part in improving connectivity for Londoners and visitors to our city, while reducing street clutter by upgrading and reducing the number of phone boxes."

Still the kiosk does not look like something you will want to use to escape and invasion of daleks or cybermen, but equally it is not something a drunk will use for an Nintendo.

Last modified on 26 October 2016
Rate this item
(1 Vote)
Tagged under
More in this category: « Lyft denies it is for sale Supermicro takes bite at Pascal cherry »
back to top