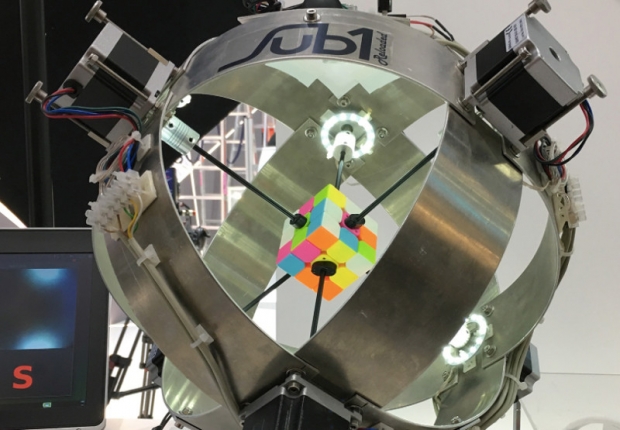 Infineon said that a machine called Sub1 Reloaded solved Rubik’s Cube in 637 milliseconds - the fastest recorded time for a human to solve the puzzle in 4.9 seconds.

The chip company said its microcontroller, called Aurix, contributed to the problem solving.

This microcontroller, said Infineon, is designed to aid autonomous driving.

The Rubik Cube has nine squares of a color on each of its six faces, with over 43 quintillion combinations possible.

The Sub1 Reloaded computer (pictured) includes sensor cameras which snapped the faces and then rotated the necessary commands to power semiconductors which activated six motors on each side of the cube.

The record was achieved at the Electronica trade fair.