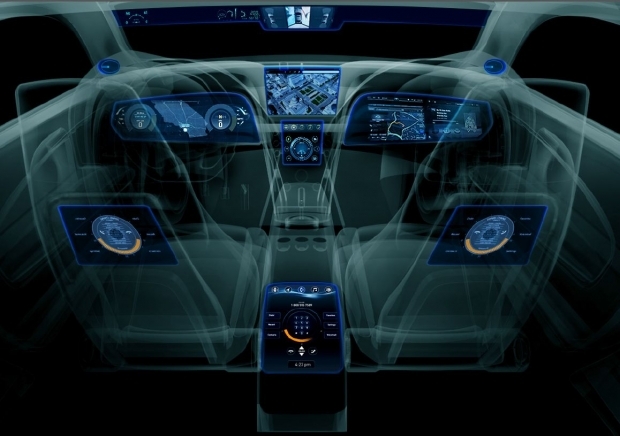 It was quite a big deal when a key Zen engineer, Jim Keller, left AMD for Tesla, and we are starting to see a trend now as Sasha Ostojic Vice President, Software at Nvidia has taken a job at General Motors.

Sasha is now Senior Vice President, Engineering and is working on the General Motors driverless car. Part of his job is managing the software engineering team and that is all what his Linkedin profile is willing to reveal so far.

At Nvidia, Sasha was a Vice president of software between March 2011 and October 2016 and part of his job was managing a global GPU software team “delivering products and innovation across all form factors (desktop, notebook, tablet, etc.), including roadmap, strategy, and partner and OEM relationships”.

Fudzilla pointed out a few times that Nvidia and Qualcomm have heavily invested in self-driving cars. Nvidia got a major design win as all Tesla cars including the Tesla S, Tesla X and upcoming Tesla 3 will ship with Nvidia's Drive PX2 self-driving platform.

Nvidia started with infotainment, winning most of the Volkswagen group, Audi, and even Japanese makers such as Honda and modern higher end cars also have a dashboard powered by mobile SoCs like Tegra.

Since ADAS (Advanced driver assistance systems) is the first step toward self-driving, people like Sasha should help the big car manufacturers to polish up and tune the self-driving before it becomes a normal thing for most of the customers. An Nvidia automotive executives repeatedly told Fudzilla that we can expect to see completely autonomous cars by 2020.

Software engineers must do a lot of work training the self-driving platform using deep neural networks and the hope is that the in car artificial intelligence computer will do most of the calculations in the car itself. We were assured that if you train the system well, it should end up being quite reliable.

So, your next car will definitely come with a lot of compute power and the future with 5G, connected car, self-driving car that take you from A to B sounds like an awesome idea to me.

Last modified on 10 November 2016
Rate this item
(4 votes)
Tagged under
More in this category: « TSMC plunges billions into fab upgrades Tech companies fear encryption could be outlawed »
back to top