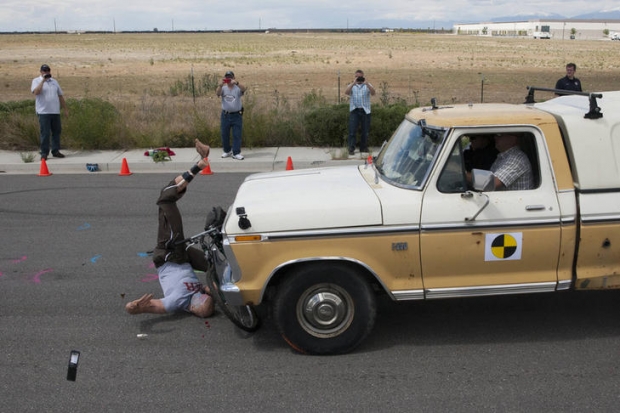 V2P could be a money spinner

Panasonic is developing new vehicle to pedestrian (V2P) technology to prevent pedestrians from being hit by vehicles.

Panasonic has released some slides which describe the technology. It is based around 700MHz wireless communication rather than GPS and it allows precise positioning of locations of vehicles and pedestrians, which means that the data can be effective at judging whether there will be dangers.

Panasonic has developed a software solution to predict whether vehicles will collide with pedestrians based on their locations, and if collisions are possible, a warning can be sent out 6.5 seconds earlier under normal satellite signals.

The Universal Traffic Management Systems Society of Japan claims that the possibility of collisions for ITS-equipped cars is 37 percent lower than that for cars not equipped with ITS.