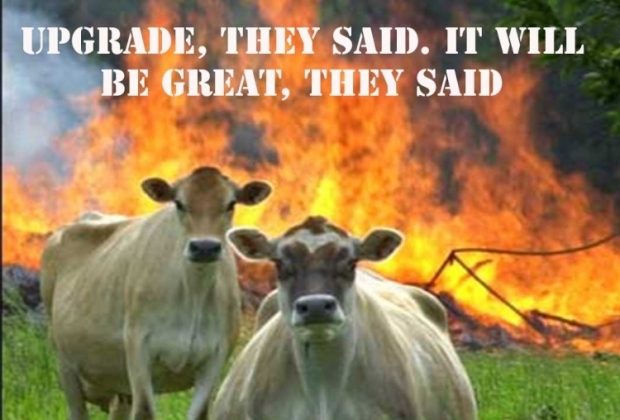 No recall just denies it is happening

Apple’s iPhone 6 has started catching fire in the Far East, but rather than arranging a recall, like its rival Samsung, Jobs’ Mob is denying that it is happening.

The Shanghai Consumer Council released a report detailing battery fires in eight iPhone 6 handsets. It also detailed iPhone 6 handsets powering down before their batteries are depleted - handsets outside of a global iPhone 6 recall range that Apple already announced.

However, Apple has said that the fires were nothing to do with poor design or faulty batteries, but were instead caused by external physical damage which led to the thermal event.

Denial might not help Chinese sales for Apple. Over the last three quarters sales behind the bamboo curtain have fallen faster than a team of free-falling performing elephants who have forgotten to pack a key ingredient of their act.

Apple wants to bounce back in the first quarter of next year with a phone which is identical but missing a headphone jack during the next quarter. Sensible people do not think this is likely.

State media outlets featuring the Shanghai council's report on Monday garnered tens of thousands of comments on social media. Most comments expressed frustration that foreign brands could set high prices and yet not guarantee safety.

Last modified on 07 December 2016
Rate this item
(8 votes)
Tagged under
More in this category: « EVGA bundles Indie titles with some graphics cards Supremes back Samsung against Apple »
back to top