Apple is not scaling back desktops claims Cook 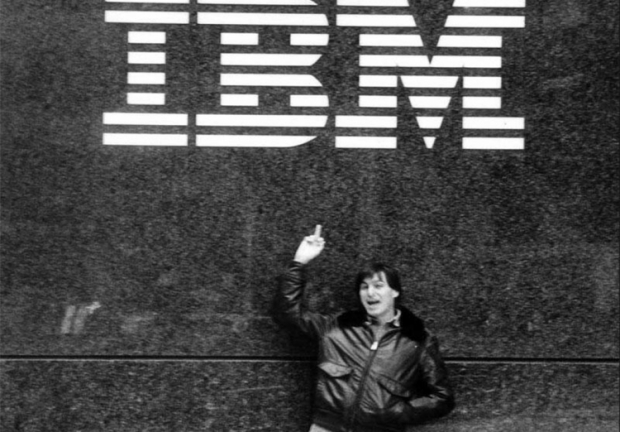 Apple’s Steve Ballmer, Tim Cook has been trying to reassure staff that he has not given up on desktop technology.

The high priest of the cargo-cult has been accused of ignoring laptops and PCs by issuing gear late, expensive and out-of-date.

Cook told employees that there are exciting products in store for the recently neglected segment. That comment was cheered by the Tame Apple Press which said that it “deflates rumours of an impending desktop Mac demise.”

However it is hard to argue when regular MacBook refreshes far outpacing those of iMac, Mac mini and the Mac Pro, the latter of which turns three years old today. It is bloody obvious that Apple is slowly killing off its desktop offerings or at the very least does not give a monkey’s about them,

Cook said: "Some folks in the media have raised the question about whether we're committed to desktops. If there's any doubt about that with our teams, let me be very clear: we have great desktops in our roadmap. Nobody should worry about that."
No one really does worry about what you have on your roadmap Tim. What we are worried about is your roadmap puts another out-of-date PC so far into the future. Of course you are waving a piece of paper which no-one else is allowed to see and screaming “trust me, it’s great.”

Other questions Cook answered was a sycophantic one from a member of staff who asked what the “key differentiator” for Apple products was these days. The honest answer would have been “price, Apple is overpriced” “marketing” and dependence on brand. Cook said that it was company culture and people are both keys to Apple's success.

This is an odd answer considering that Apple has recently lost a court cause where it was proved that it failed to feed its staff.

He claimed that “Apple pushes employees to think beyond expectations, and the ilk of worker that comprises the company's core is more than happy to oblige.” Well starving will do that for you, but what that is saying really is that the key differentiator is brainwashed staff who do what they are told. That is hardly a good environment for creativity.

Cook said that the belief that Apple staff had that they are changing the world is the fuel for “everything else that we do."

Of course, changing the world can be a negative thing. You could, Tim, be helping to lower the standards of the world by releasing shallow, expensive useless products.

Apple will need to pull its socks up next year. Its tablets are gone, its iPhone cashcow is disappearing and it has not yet come up with anything new that can beat its rivals. It is going to need more than peppy words to save its bacon.

Last modified on 20 December 2016
Rate this item
(0 votes)
Tagged under
More in this category: « Most Firefox users are on Windows 7 laggards ASUS will update 15 models to Kaby Lake »
back to top