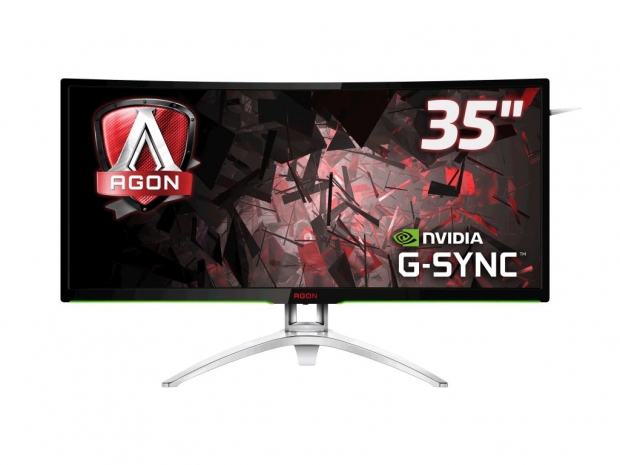 AOC has unveiled its latest gaming monitor that is part of the AOC AGON gaming lineup, the 35-inch UltraWide 21:9 monitor with 3440x1440 resolution and support for Nvidia G-Sync.

The rest of the specifications include a maximum brightness of 300cd/m², 2000:1 contrast ratio and a response time of 4ms, which is not bad for a VA panel. It also has 178-degree viewing angles and supports 100 percent sRGB color space. While it might lack the HDR support, it is still a decent gaming monitor.

The monitor is mounted on the AOC Ergo Base, which allows height, tilt and swivel adjustments and it also comes with a headset holder as well as a built-in handle for easier transport. It also comes with HDMI and DisplayPort inputs, four USB 3.0 ports and supports a VESA 100mm mount.

View the embedded image gallery online at:
https://fudzilla.com/news/42677-aoc-unveils-new-agon-ag352ucg-curved-gaming-monitor#sigProId4cc4c5c6cf
More in this category: « ITC investigates huge patent complaint Google may sell off its satellite imaging division »
back to top