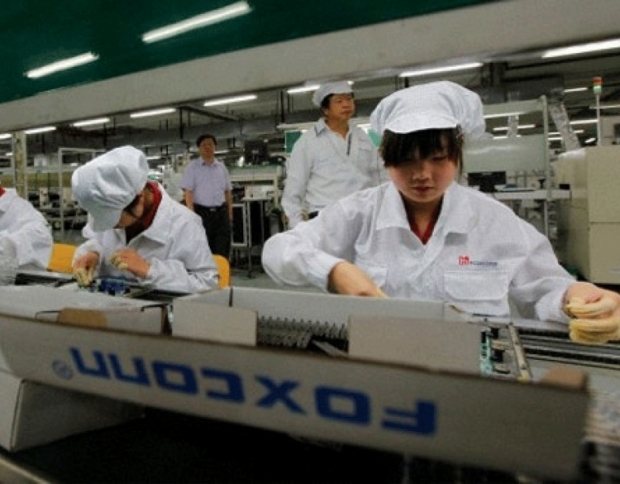 Foxconn Electronics is slowly regaining revenue momentum in January after posting its first-ever annual sales decline over the course of 2016 due to mild demand from major client Apple, its first ever since going public 25 years ago.

The world’s largest contract electronics maker has posted reported consolidated revenues of NT$345.332 billion ($11.2 billion) for January 2017, or a year-on-year increase of 2.29 percent. This is down from NT$449.64 billion ($14.61 billion) in December, when it experienced a 9.8 percent year-over-year increase.

While demand for the 5.5-inch iPhone 7 Plus increased the company’s revenues last month, it still experienced an annual revenue decline over the 12-month period.

The company has said that supply of computing devices, communications devices and consumer electronics slipped in January due to the relatively quiet off-season effects after the holiday period.

The company also plans to establish a manufacturing facility for mobile handsets and notebooks in India after it signed a memorandum of understanding with the government in August 2015. According to the latest reports from the country, it plans to acquire 1,500 acres of land with the intent of investing $5 billion in the state.

Last modified on 16 February 2017
Rate this item
(0 votes)
Tagged under
More in this category: « White House use of end-to-end encrypted apps avoids federal law Russian hackers are targeting Macs »
back to top