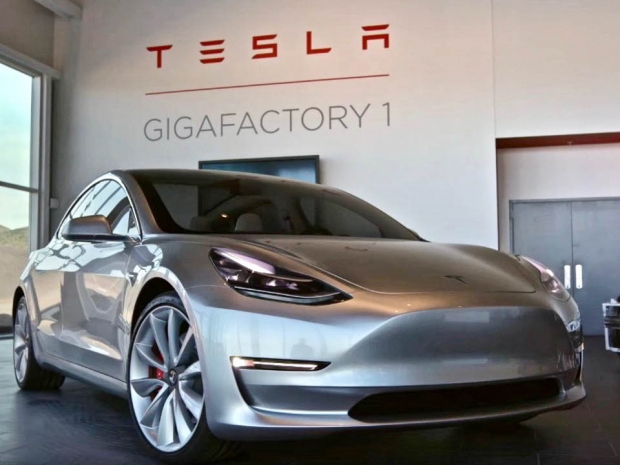 The company’s update on Model 3 production was given as it posted a wider-than expected fourth quarter loss for 2016, though its sales turned out a bit higher than expected. Revenue for the quarter was $2.28 billion, up from $1.21 billion the previous year, while the company lost 69 cents per share on a non-GAAP earnings results.

“Ahead of the Model 3 launch, we are re-engineering and expanding our operations as we anticipate the needs of a much larger family of Tesla owners,” the company stated in a letter to investors.

“Installation of Model 3 manufacturing equipment is underway in Fremont and at Gigafactory 1, where in January, we began production of battery cells for energy storage products, which have the same form-factor as the cells that will be used in Model 3.”

The production schedule comes on the heels of Tesla CFO Jason Wheeler announcing his departure from the company to pursue business in the public policy, while previous CFO Deepak Ahuja returns to fill the gap.

The company has also announced that it will expand its mobile repair service to allow its customers to make on-the-spot vehicle repairs at home or at the office. The intention here is that around 80 percent of Tesla repairs are minor enough to be done remotely via the vehicle’s Internet-connected dash module, so there is no need to bring the vehicle’s into a servicing center for these situations.

Back in December, the company revealed dramatic to expand its Tesla Supercharger network as it had previously fallen behind on building out a network of DC fast-charging stations in some areas. The new plan for 2017 is to double the number of Supercharger stations in North America, from 373 to nearly 800, which will match its current global network of 805 stations worldwide (5,159 chargers). The chargers are currently capable of resupplying 170 miles of range in about 30 minutes for most models, outpacing the speed of many conventional chargers that deliver 30 miles of range per hour.

Last modified on 23 February 2017
Rate this item
(0 votes)
Tagged under
More in this category: « Cloud growing like crazy T-Mobile promises LTE-U will bring gigabit speeds this spring »
back to top