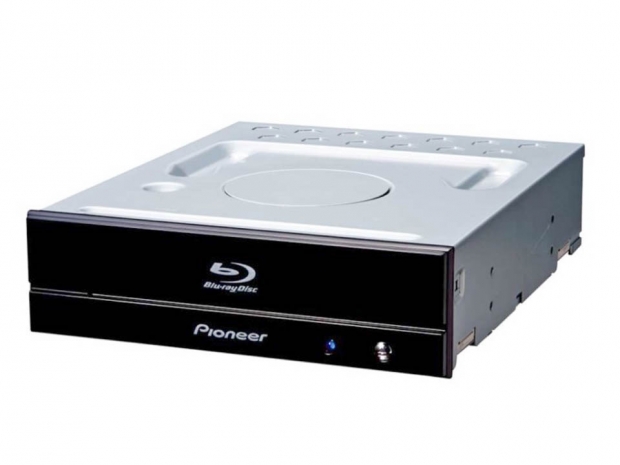 The industry has been awaiting the release of the first UHD Blu-ray disc drives for PCs ever since the Ultra HD standard was announced during CES 2016. Nearly fifteen months later, it appears that Pioneer will be one of the first manufacturers to offer a combo drive supporting CD/DVD/Blu-ray writing along with UHD Blu-ray playback.

While overall consumer demand for storing data on discs has been relatively stagnant over the past eight years, many still appreciate the ability to playback DVD and Blu-ray content from store-bought discs that still often give the highest bit rates over any internet streaming content provider. The market for storing copies of disc-based film content is also surprisingly active, though federal authorities are more inclined to remind consumers of the associated fines (outside of HDCP mechanisms) and point them to the downloadable content bundled with their store-bought discs.

Back in January, Pioneer announced two of the industry’s first 4K Blu-ray playback drives for PC – the BDR-S11KBK and BDR-S11J-X. Due to the nature of restrictive content protections, however, both drives require a CPU or GPU that can decode PlayReady 3.0 DRM, and right now this list includes Intel 7th-gen Kaby Lake processors, Nvidia’s Geforce 10 series (Pascal) lineup, and AMD’s Radeon RX 400 series (Polaris) lineup. (Note: the GPUs support PlayReady 3.0 SL3000 and HDCP 2.2 but the drivers must support this as well, so keep checking back with both vendors for PlayReady 3.0-enabled driver releases). Those drives were expected to hit the Japanese market last month and are likely to become available in the US later this month.

Now, the company has released a third Ultra HD Blu-ray disc player for PC with the addition of CD, DVD and BD-ROM writing support. The BDR-211UBK combo drive is not only the more convenient option for individuals who want to consolidate playback and burning into a single drive, but it is also the cheapest Ultra HD Blu-ray player available for PC with a suggested retail price of $129.99. This is a rather convincing deal when compared with some of the cheapest standalone UHD Blu-ray players for home theater setups - $149.99 for the Samsung UBD-K8500 and $159.99 for the Philips BDP-7501 (on sale).

In addition to the above mentioned CPUs and GPUs, users will need a PC with a minimum of 6GB of RAM along with a display that supports HDCP 2.2 content protection over an HDMI 2.0a/b port.

The drive will be available in late March for a suggested retail price of $129.99.

Last modified on 13 March 2017
Rate this item
(0 votes)
Tagged under
More in this category: « Seagate focuses on TDMR, SMR and HAMR for 12TB and higher drives Web inventor highlights three problems facing the world »
back to top