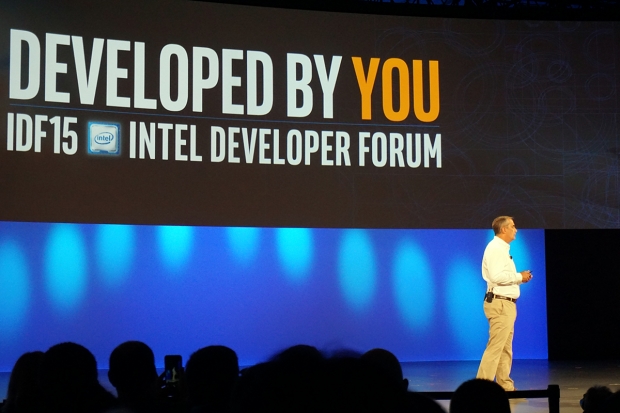 Chipzilla has decided to cancel its Intel Developer Forum tradeshow including this summer's expected IDF17.

The company claimed it had evolved its event portfolio and decided to retire the IDF programme.

In the past, Intel has used IDF to launch each year's new processor architecture along with other big product announcements such as Optane non-volatile storage. The difficulties of physics have made it harder for the company to offer an annual architecture refresh, however. Intel has experienced delays in deploying new manufacturing processes and slow, extended rollouts of new chip designs.

"Thank you for nearly 20 great years with the Intel Developer Forum! Intel has a number of resources available on intel.com, including a Resource and Design Center with documentation, software, and tools for designers, engineers, and developers. As always, our customers, partners, and developers should reach out to their Intel representative with questions," Intel said.

It would be tempting to say that the writing had been on the wall.  For a while, Intel was known to be thinking of new formats for the show to give it new life. It had also pulled the plug of the Chinese IDF. But IDF was still expected in the US, at least this year, so the news is surprising.

The official line is that Intel is no longer so heavily PC-centric, with a wider range of products spanning FPGAs, Optane storage, Internet-of-Things microcontrollers, wireless communications, and more. Chipzilla says that it is going to move to a greater variety of smaller, more focused events.

Still it is one less Intel event for Mike Magee to be banned from.