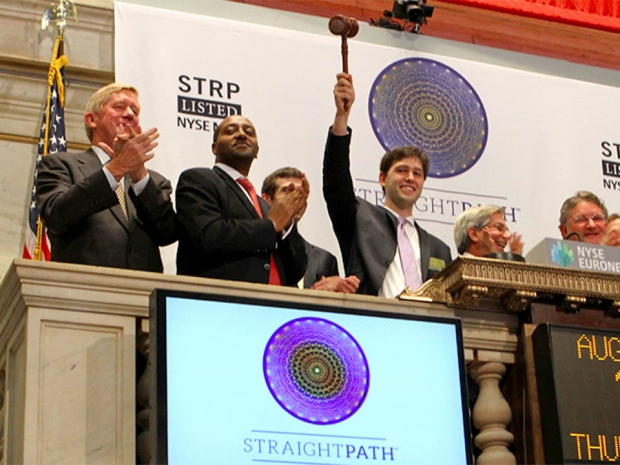 AT&T has five days to match or exceed new offer

On Tuesday, at least one company was interested enough to throw in a higher $1.8 billion bid, bringing Straight Path’s stocks up a staggering 16.30 percent and catapulting it into the foreground of an industry-wide 5G bidding war.

On April 10th, AT&T agreed to acquire the 5G spectrum license holder for $1.6 billion after the Virginia-based company said it needed to sell its licenses quickly to avoid further fines from the FCC. Straight Path’s stock jumped nearly 150 percent following the agreement. But on April 17th, regulatory filings revealed that an unnamed third party was considering a competitive bid, bringing the company’s stock up another 17 percent.

That third party, now presumed to be Verizon Wireless, was apparently interested enough to outbid AT&T with a $1.8 billion offer for Straight Path, bringing the license holding company’s stock from $36.48 a few weeks ago to $128.96 per share. While the third party did not want to be named because of confidential matters, the buyout offer information lists a “multi-national telecommunications company,” which industry experts are claiming to be Verizon – the largest telecom provider in the US.

The bidding war has now catapulted Straight Path into the middle of a race to develop and deploy fifth-generation 5G networks that offer up to 100 times faster, low-power communications to smartphones, connected cars, drones, public institutions, and IoT devices. The company was founded in 2013 within IDT Corporation to assemble a large portfolio of 28GHz and 39GHz millimeter wave (mmWave) spectrum licenses. Most recently, it has been developing various intellectual property in the 5G development field, including technologies that enable devices to locate each other over the Internet and establish P2P communications. 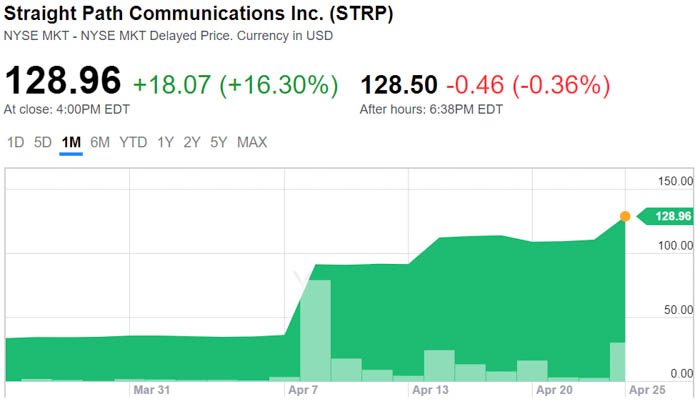 “Clearly ultra-high band spectrum is a critical part of both AT&T and Verizon's 5G Plans,” says Wells Fargo analyst Jennifer Fritzsche in a research note. “We believe it fair to assume [Verizon] would like to add to this part of its spectrum portfolio with the Straight Path assets.”

Now, Straight Path is giving AT&T five business days to negotiate an offer that will top [Verizon’s] bid. If AT&T decides not to match the new bid and the current offer is accepted, Straight Path will be required to pay a $38 million termination fee to AT&T per its original agreement. But with the new offer valuing the 5G license holder at $200 million above AT&T’s bid, the termination fee does not look quite as steep as market potential from a higher valuation rate.

Last modified on 26 April 2017
Rate this item
(0 votes)
Tagged under
More in this category: « MediaTek to post slower than expected growth in Q2 Windows 10 Creators Update on 10 percent of updated PCs »
back to top