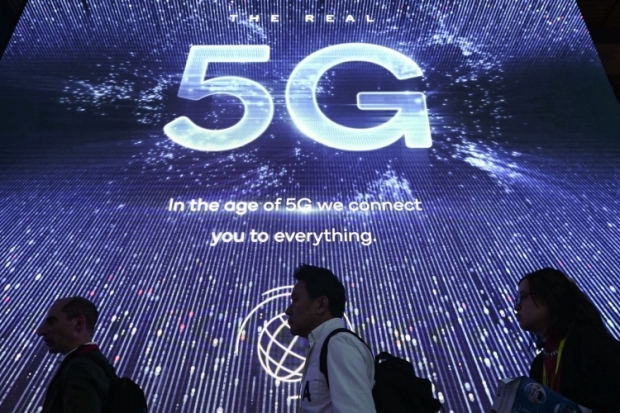 5G has already started happening in many parts of the world. Early adopters have already started rolling out their 5G networks in 2019, while there will be a lot more traction in 2020. Years before 5G started to materialize, many companies had to come up with very smart ideas on how to make 5G possible. Some of the obvious elephants in the room a few years back were the ability to make things much faster, how to reduce latency and how to make mmWave work.

3GPP (3rd Generation Partnership Project) is a standards organization whose members develop standards for mobile telephony, including 3G, 4G, 5G, and whatever comes after. Before 3GPP devises a standard, many companies contribute to the standardization process.

In order for companies to contribute to what may become a standard, they need to invest heavily in Research and Development. R&D and years of hard work result in some technologies that are worth patenting. Technology companies make breakthroughs and continue to lead innovation, while at the same time, they use the patent system to protect their substantial investments in R&D.

There has been a lot of talk about companies’ relative contributions to 5G, and many claim to be the leader. This data is based mainly on quantity, the number of patents related to 5G that a particular player has filed. People gravitate toward quantification, as numbers are easy to understand. For example, 16GB of RAM memory in a handheld device sounds two times better than 8GB of RAM. It implies that more is usually better.

Some of the companies that made the list include Apple, Ericsson, Huawei, Intel, InterDigital, LG Electronics, Nokia, Qualcomm, Samsung, and ZTE.

Two significant events marked the second part of 2019. Apple acquired Intel’s 5G smartphone chipset business unit. The acquisition gave Apple a considerable boost in the Patent Asset index and slightly changed the scope of the 5G mobile phone market. More importantly, Huawei has been showing slides implying they are the company that contributes the most to 5G. The metric was the number of patents filed, with emphasis on Standard Essential Patents that the company is ready to license to the rest of the market.

LexisNexis and PatentSight don’t agree that Huawei is the number one contributor to 5G based on the chart below: 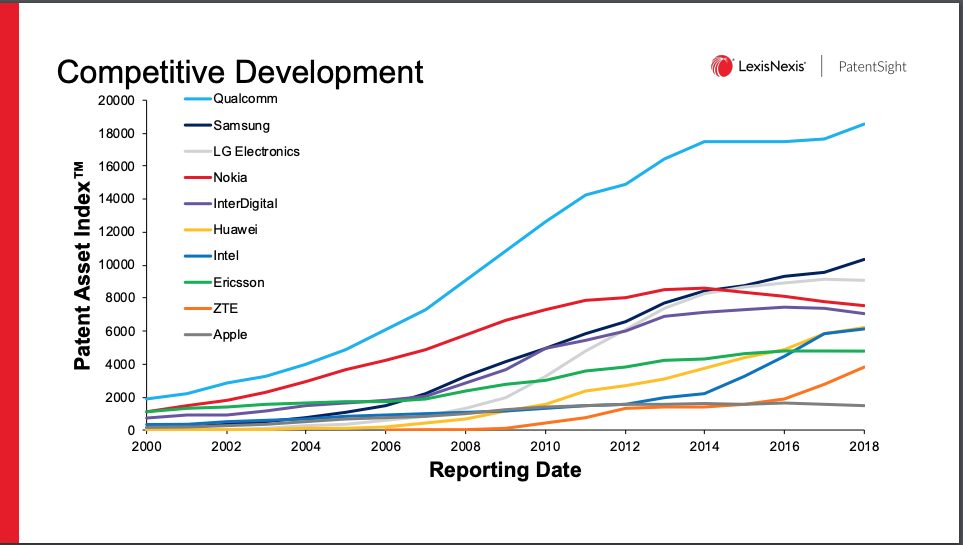 According to Patent Asset Index, a metric designed by PatentSight to measure the patent valuation and analytics, Qualcomm is the number one contributor of patents based on Value and Quality. Huawei is only ninth out of ten on this list, proving that more is not always better.

Qualcomm scores about 18,000 on the Patent Asset Index while Huawei stays below 6,000. It is hard to see the actual number from the image chart, but you can get an idea. Qualcomm’s patent portfolio, based on the importance of patents in the hierarchy of the technologies, its geographical coverage and other parameters, scores a great deal higher compared to Huawei. Patents filed in more jurisdictions have different values compared to patents filed only in China or only in the USA.

All a sudden, based on the Quality and not the Quantity, Qualcomm is leading significantly.

Quality is a better metric for patents. Being able to solve hard problems others cannot shows your true leadership.

We were in the middle of a debate two to three years back where everyone except Qualcomm claimed that mmWaves would not work for mobile communications,  noting the limitation of the very high frequencies. Now in 2020, Qualcomm has demonstrated that mmWave technology can indeed work, and now carriers have begun deploying mmWave networks. As a result, phones with mmWave antennas have been shipping for two generations.

It is vital to notice that Qualcomm is currently the only player which has commercial implementations of mmWave 5G, while Samsung, MediaTek and Huawei are still not using it, quoting a lack of urgency to cover the difficulties.

Last modified on 06 March 2020
Rate this item
(1 Vote)
Tagged under
More in this category: « Top phones in short supply Space engineer revolts against Steve Jobs’ dream »
back to top