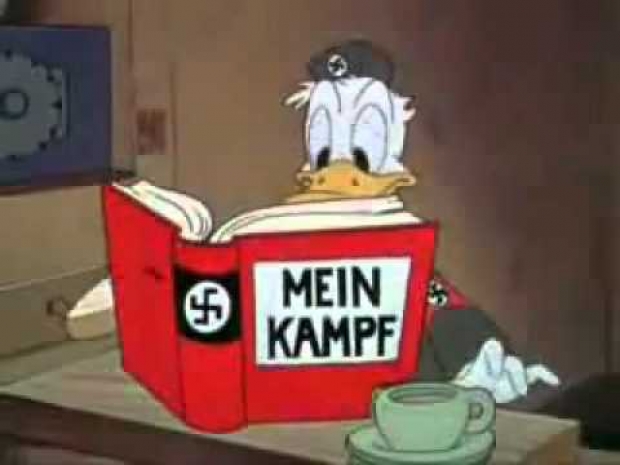 Investigative hacks find pirates are not the only ones protected

Cloudflare is one of the most popular web platforms for hate sites, according to a site dedicated to investigative journalism.

The outfit claims that 10 percent of web requests flow through its network, and the company’s mainstream clients range from the FBI to the dating site OKCupid.

One thing it does which is a little unfair is that if you complain about a neo-Nazi site, Cloudflare will hand over your personal details of the complaint to the site you are moaning about. ProPublica reported that this policy has exposed people complaining about online hate to personal harassment.

For example, neo-Nazi website The Daily Stormer basically is the place for internet racists where people are free to call women whores, blacks inferior and a shadowy Jewish cabal is organizing genocide against white people. The site was popular with Dylann Roof who killed nine African Americans in Charleston in 2015, and James Jackson, who fatally stabbed an elderly black man with a sword in the streets of New York earlier this year.

Cloudflare, per its policy, then relays the name and email address of the person complaining to the hate site, often to the surprise and regret of those complaining. This has led to campaigns of harassment against those writing in to protest the offensive material. People have been threatened and harassed.

ProPublica reached out to a handful of people targeted by The Daily Stormer after they or someone close to them complained to Cloudflare about the site’s content. All but three declined to talk on the record, citing fear of further harassment or a desire to not relive it. Most said they had no idea their report would be passed on, though Cloudflare does state on the reporting form that they “will notify the site owner”.

“I wasn’t aware that my information would be sent on. I suppose I, naively, had an expectation of privacy,” said Jennifer Dalton, who had complained that The Daily Stormer was asking its readers to harass Twitter users after the election.

Andrew Anglin, the owner of The Daily Stormer, has warned that anyone who objects to his site will face the consequences.

“We need to make it clear to these people that there are consequences for messing with us. We are not a bunch of babies to be kicked around. We will take revenge. And we will do it now.”

Cloudflare lawyer Doug Kramer told ProPublica that the company turned over the names of complainants because it is "base constitutional law that people can face their accusers".

Last modified on 05 May 2017
Rate this item
(0 votes)
Tagged under
More in this category: « AACS 2.0 encryption cracked by Smurfs China crisis hits Apple »
back to top