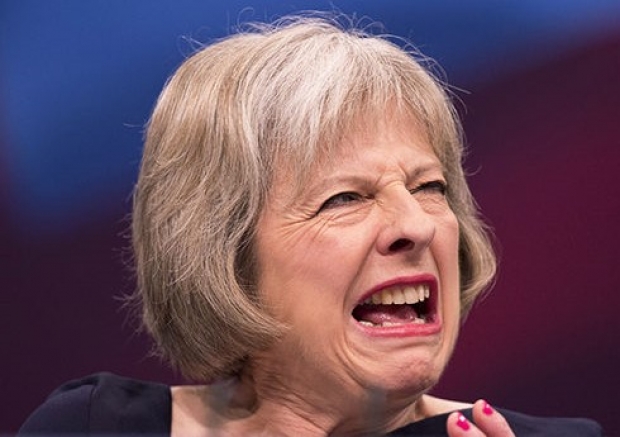 The UK conservatives are so confident that they will win the coming election they are actually openly telling voters about some of their more unpopular plans so that they can claim they have a mandate.

Apparently, the Conservatives have a rather tough new social media law which will require social notworking sites to take down anything that her party does not like.

Of course, the law is claimed to be all about taking down material which is harmful for kids and punish hate speech, but the actual terms of what is not permitted are as wide as May wants.

According to a Tory party press release, the internet has brought a wealth of opportunity but also significant new risks which have evolved faster than society's response to them.

"We want social media companies to do more to help redress the balance and will take action to make sure they do."

Controlling the internet has been May’s dream since she was Home Secretary, and she never pulled it off thanks to not having enough of a majority.

With the Labour Party moved so far to the Left that it is nearly unelectable and its leadership being a rather nice trainspotter type, May appears think that a landslide majority will give her practically dictatorial powers to push her schemes through.

Last modified on 15 May 2017
Rate this item
(0 votes)
Tagged under
More in this category: « Microsoft pushes gadgets to help employer spy MP3 is dead »
back to top