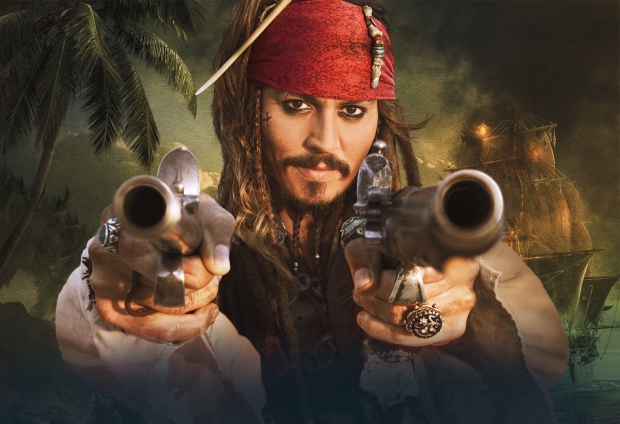 Walt Disney CEO Bob Iger has warned that hackers have nicked a soon-to-be-released movie and are demanding a ransom, which the company is refusing to pay.

Iger didn't disclose the name of the film, but the smart money is on it being Pirates of the Caribbean: Dead Men Tell No Tales which opens on Friday. It has the irony value of pirates stealing a pirate movie, threatening to pirate it if money is not paid, it is also likely because the flick will be at the forefront of Disney’s mind at the moment.

Last week there were rumours that a working copy of Star Wars: The Last Jedi had been pirated and was being held for ransom, but it turned out to be a hoax.

The Disney chief said the hackers demanded that a huge sum be paid in Bitcoin. They said they would release five minutes of the film at first, and then in 20-minute chunks until their financial demands are met.

It is not clear though if Disney will think it will lose much if the film is released on the net. Besides we are talking about “Pirates of the Caribbean: Dead Men Tell No Tales” and most pirates didn’t even bother to download the last one.

But there is an alarming new trend. A few weeks ago, a hacker uploaded 10 episodes of the upcoming season of Orange Is the New Black to The Pirate Bay after Netflix refused to pay an undisclosed amount.

Several Hollywood agencies have also been targeted by hackers with extortion plots in recent months, including UTA, ICM and WME.

It does have all the hall marks of organised crime. However, the fact the studios refuse to pay does mean that as a revenue gathering exercise it is not particularly successful and extremely risky.

Last modified on 16 May 2017
Rate this item
(0 votes)
Tagged under
More in this category: « WannaCry might have been made in North Korea Microsoft says NSA to blame for Wannacry »
back to top