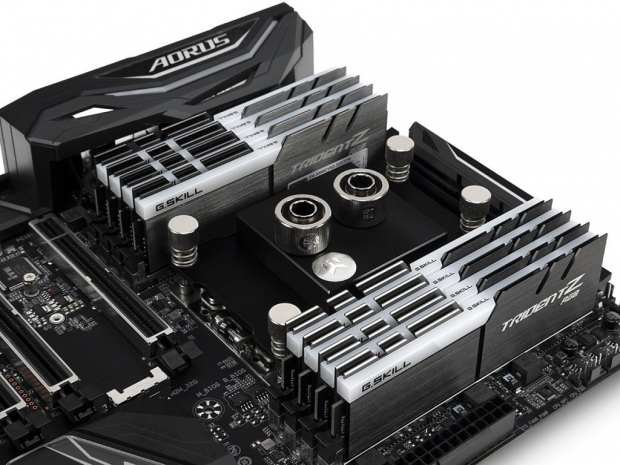 Due to the sheer size of the AMD TR4 Threadripper socket, plenty of cooling manufacturers decided to come up with a dedicated cooler for this beast and EK Water Blocks, a well-known liquid cooling expert from Slovenia, has introduced its dedicated Supremacy Evo water block for AMD Ryzen Threadripper CPUs.

The EK-Supremacy EVO Threadripper Edition, as the EKWB decided to name it, covers the entire IHS of the AMD Ryzen Threadripper CPU and features a dense micro-fin structure that counts 52 grooves with a spacing of 0.25mm apart, copper base and either POM Acetal, acrylic glass or nickel-plated brass top, depending on the version.

According to EKWB, the new EK-Supremacy EVO Threadripper water blocks are already available for pre-order with shipping scheduled for August 18th with a price set at €67.95 for the Nickel and Acetal+Nickel versions while the Full Nickel version is priced at €86.95.

Last modified on 11 August 2017
Rate this item
(0 votes)
Tagged under
More in this category: « Apple cuddles up to Ireland in Euro tax case Smart lighting use set to soar »
back to top