Robots are plagued with vulnerabilities 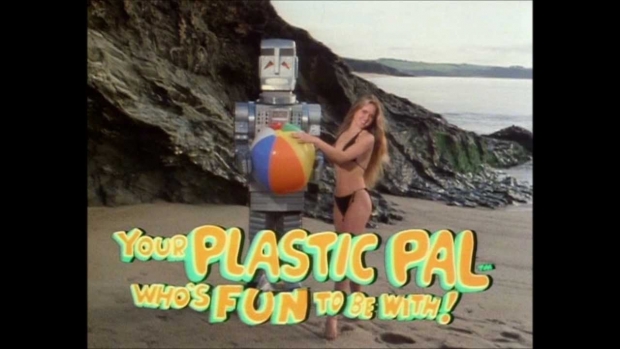 Companies tell world “go stick your head in a pig”

Robots are shipping with shedloads of vulnerabilities that no one seems to care much about.

Researchers who warned half a dozen robot manufacturers in January about nearly 50 vulnerabilities in their home, business and industrial robots, say only a few of the problems have been addressed.

The only thing that has not stopped a hacker from taking over a robot and programming it to have sex with your cat is because they have not really thought about it.

However, the fact that the robots were hacked so easily and the manufacturers' lack of response raise questions about allowing robots in homes, offices and factories.

"Our research shows proof that even non-military robots could be weaponised to cause harm",  Apa said in an interview.

"These robots don't use bullets or explosives, but microphones, cameras, arms and legs. The difference is that they will be soon around us and we need to secure them now before it's too late."

Apa, a senior security consultant, said that of the six manufacturers contacted, only one, Rethink Robotics, said some of the problems had been fixed. He said he had not been able to confirm that as his team does not have access to that robot.

A spokesman for Rethink Robotics, which makes the Baxter and Sawyer assembly-line robots, said all but two issues - in the education and research versions of its robots - had been fixed.

Apa said a review of updates from the other five manufacturers - Universal Robots of Denmark, SoftBank Robotics and Asratec Corp of Japan, Ubtech of China, and Robotis Inc of South Korea - led him to believe none of the issues he had raised had been fixed.

Cybersecurity experts said the robot vulnerabilities were alarming, and cyber criminals could use them to disrupt factories by ransomware attacks, or with robots slowed down or forced to embed flaws in the products they are programmed to build.

Apa and Cerrudo released their initial findings in January. This week, they released details about the specific vulnerabilities they found, including one case where they mix several of those vulnerabilities together to hijack a Universal Robot factory robot, making it lurch about and be a potential threat.
It seems that the Robot industry has adopted the mantra of Douglas Adam’s Sirius Cybernetics marketing department.

Share and enjoy!
Share and enjoy!
Journey through life
with a plastic boy
or girl by your side.
Let your pal be your guide!
And when it breaks down
or starts to annoy
or grinds when it moves
and gives you no joy
'cos it's eaten your hat
or had sex with your cat,
bled oil on your floor
or ripped off your door
and you get to the point
you can't stand any more:
Bring it to us,
we won't give a fig!
We'll tell you,
Go stick your head in a pig!

Last modified on 23 August 2017
Rate this item
(0 votes)
Tagged under
More in this category: « Google touts Titan security chip Toshiba approaches Western Digital for a quiet word »
back to top