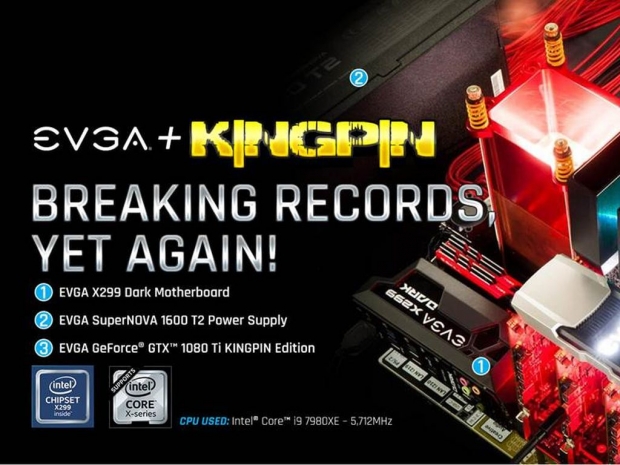 According to EVGA, K|NGP|N managed to overclock the Core i9-7980XE to over 5.7GHz while those four GTX 1080 Ti K|NGP|N graphics cards were running at over 2.3GHz. This was enough for him to break the existing 3DMark Time Spy world record by hitting the score of 37,596.

Of course, the entire system was soaked in LN2 and as you can see from those pictures, there were plenty of LN2 pots to fill on that CPU and all four graphics cards.

You can check out more details over at EVGA's site. 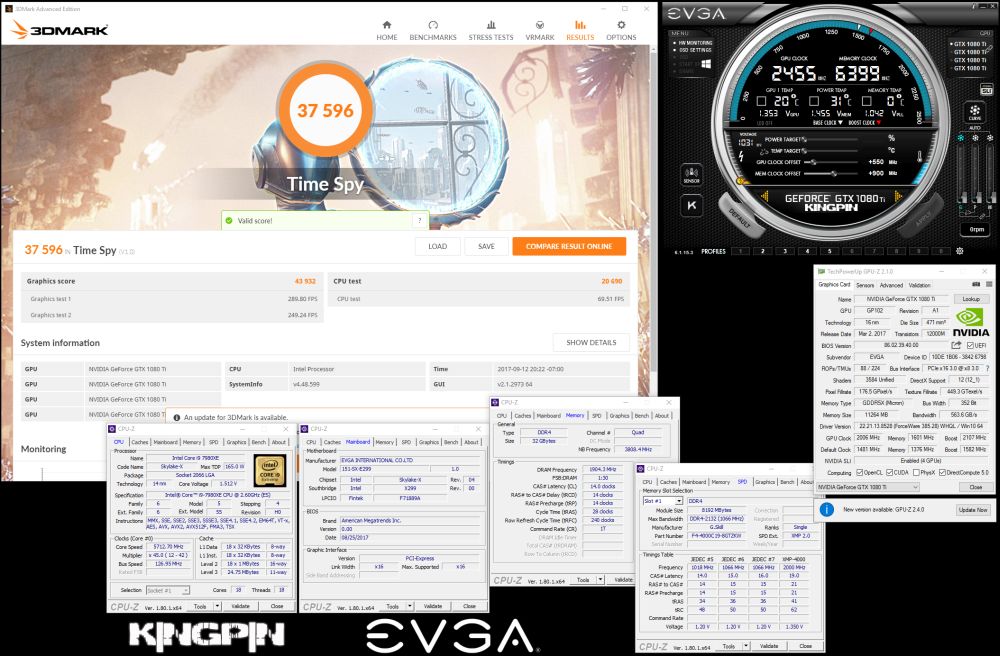 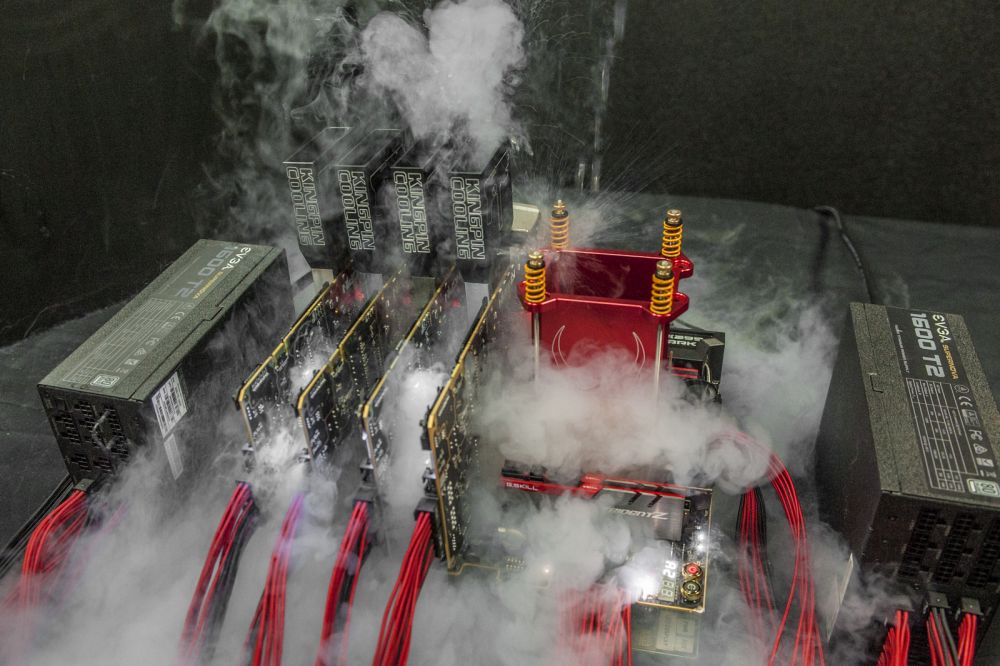 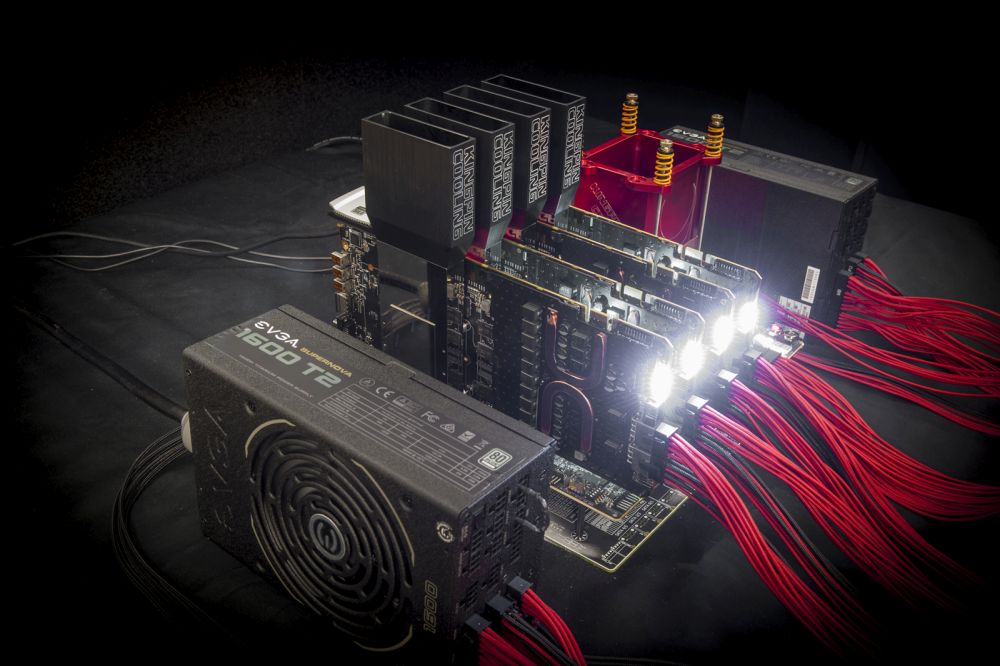 Last modified on 26 September 2017
Rate this item
(0 votes)
Tagged under
More in this category: « Apple shares tank as world realises iPhone X will be late Star Trek: Discovery shows that big content still has not got the message »
back to top