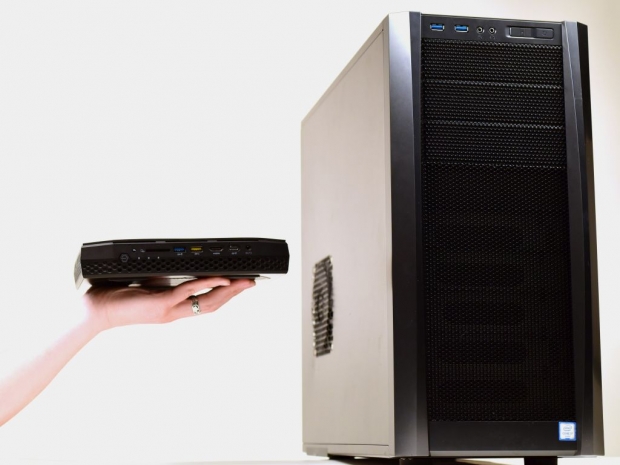 Packed in a 1.2L chassis, the  Intel NUC, at least according to Chipzilla, is the smallest VR-capable system ever. Powered by either the unlocked 100W Core i7-8809G CPU with Radeon RX Vega M GH graphics, SKU NUC8i7HVK, or the 65W Core i7-8705G with Radeon RX Vega M GL graphics. In case you missed the official specifications of these two chips, both are Kaby Lake quad-core CPUs with HyperThreading and work at a 3.1GHz base clock and have 8MB of cache.

The  Hades Canyon NUC comes with a 1.2L chassis, measuring 221 x 142 x 39 mm. It has a replaceable lid with customizable RGB LEDs.

The NUC will be sold as bare bones kits and will be available this spring. 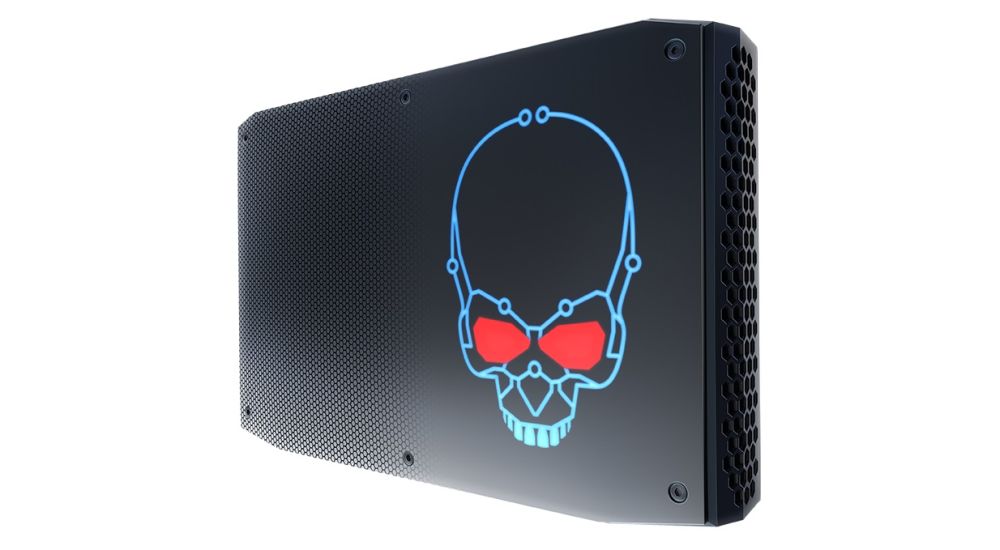 Last modified on 09 January 2018
Rate this item
(0 votes)
Tagged under
More in this category: « Nvidia Xavier sampling in Q1 18 Intel CEO talks about Spectres, meltdowns, drones and cars »
back to top