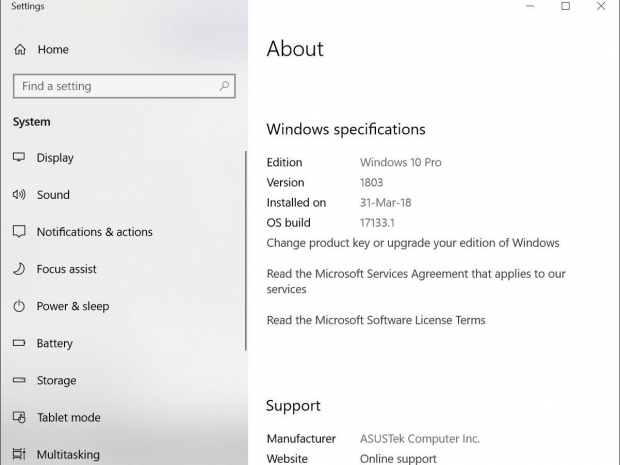 This might be the last Redstone insider preview before Microsoft officially releases its Redstone 4 spring update of the software, and it is available for X86 and ARM – Snapdragon 835 Windows 10 users on a slow update ring today.

The Preview Build17133 was renamed to Feature update version 1803 which reminds us of an official name for the Fall update aka Featured update 1709 branding. Microsoft confirms that by April 2, everyone in the slow ring should be able to see and install the update.

Another hint that this might be the real deal that can go to RTM (release to manufacturer) and later to official updates for the masses, is the fact that the watermark in the right-hand corner has been removed.

Hello #WindowsInsiders we have released Build 17133 to the Slow ring. However it's a staggered release - please read the blog post https://t.co/M4B9Knjjdp

The next logical step is that people who are Windows insiders on the Release Preview ring are likely to receive this build early next week and the RTM might become available a week after. This matches the timeframe that was confirmed by some of our sources some two weeks ago. The Redstone 4 will be the version that Microsoft wants you to run with the Snapdragon 835 based Windows 10 notebooks for combability and performance. Of course, if you are on Intel/AMD hardware user, you want the latest and greatest, so this might be the one for you as well.

If you want to take one step into the future, Microsoft also announced the Redstone 5 RS5 Windows 10 insider preview build 17634 for skip ahead adventurers. The RS5 is scheduled for a fall update and it is quite some time away.

Last modified on 02 April 2018
Rate this item
(0 votes)
Tagged under
More in this category: « Autopilot was engaged in second fatal self-driving crash Trump's FCC wants to take the internet away from poor »
back to top