Trump's FCC wants to take the internet away from poor 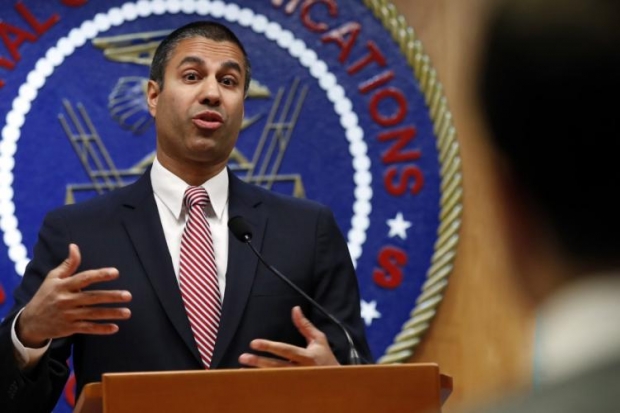 Donald Trump's FCC, which has already killed off net neutrality, now thinks it is a good idea to take broadband away from poor people.

The Federal Communications Commission chairman, Ajit Pai, thinks that it is terrible that millions of poor people get subsidised broadband and wants to kill off the Lifeline subsidy programme.

To make it extra difficult, Pai's proposal would prevent all telecom resellers from offering Lifeline-subsidised service. He thinks that kicking resellers out of the programme would spur facilities-based carriers to invest in their broadband networks. However there is no reason to suspect this, and it just seems to be something that entered his head and has been echoing around in there for a while.

Senate Democrats wrote in a letter to Pai saying his proposal impacts over 70 percent of current Lifeline-recipient households by eliminating their wireless providers from the programme, leaving less affordable and fewer Lifeline options, while making it more difficult for the companies trying to serve Lifeline customers.

They think that instead of cutting the program, it should ensure Lifeline reaches more Americans in need of access to communication services.

Lifeline lets poor people use a $9.25 monthly household subsidy to buy internet and/or phone service. More than 70 percent of wireless phone users who rely on Lifeline subsidies buy their plans from resellers, i.e. companies that purchase capacity from network operators and then resell it directly to consumers.

Lifeline has more than 12 million subscribers, but only about one third of eligible households receive the subsidies. Pai's proposal would also impose an annual cap on Lifeline spending, which could prevent many of the remaining households from getting the broadband or phone subsidies they are eligible for. Lifeline currently has a budget of $2.25 billion, indexed to inflation, but no hard cap on spending.

In addition to the standard $9.25 monthly subsidy for low-income households, tribal residents are eligible for another $25 a month. Pai's FCC has already banned residents of tribal lands from obtaining the $25 enhanced subsidy from resellers and eliminated the $25 extra subsidy for tribal residents who live in urban rather than rural areas.

Last modified on 03 April 2018
Rate this item
(0 votes)
Tagged under
More in this category: « Windows Redstone 4 17133 is out Chrome tool scans your windows files »
back to top