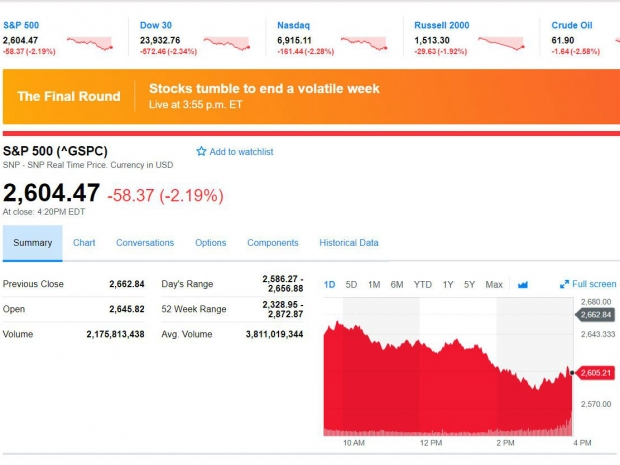 The trade war between the United States of America and China has racked up big time this week but, largely unnoticed, is the effect it will have on the computer industry worldwide.

As readers of Fudzilla well know, many of the what are called “downstream” suppliers of technology are Asian companies such as Foxconn of Taiwan, Samsung of South Korea, and a plethora of Chinese firms which all put the legwork into – for example – producing a motherboard.

Motherboards are still very complicated things, despite the fact that everything like capacitors and resistors have been shrunk a lot.

Apple is kind of the jewel in US president Donald Trump's crown. He seems to believe that Apple is the way to go – an all American company that represents the apex of what's so good about the world.

Maybe his advisors – if he has any left - have told him that Apple depends on a complex supply chain that extends not only deep into Malaysia, Taiwan, China, Mexico and the Philippines but even involves software developers in all of the continents of the world. Including, believe it or not, and I know it's true, people working in Antarctica – home to the South Pole.

Apparently even Russians are working in the ego-system, developing software programs that are shared around the globe. It would be mad to pretend that all Russians are cyber hackers- Intel has a presence in practically every country in the known world. For all we know – and INTC is particularly secretive – Elon Musk might have established Chipzilla on the Moon.

Serious implications for IT

To be serious, the trade war between China and the USA has serious implications for the whole IT world. I don't know whether Donald Trump and his team use Microsoft Windows or the Apple OS or Android or Linux, but we guess the president of America has to use some device to tweet what, appears to me, to be a dangerous message about trade.

As the proprietor of a local pub said to me at a big breakfast this morning: “It's like me competing against Wetherspoons”. To put that into context, Wetherspoons is one of the biggest pub chains in the UK.

My bottom line is that understanding supply chains in the IT industry – or any other industry for that matter – involves negotiation, bargains, accommodation and compromise.

A trade war is not in the interests of any country in the world. Tim Cook at Apple must be trembling, and other CEOs of IT firms in America. And worldwide.

Last modified on 06 April 2018
Rate this item
(0 votes)
Tagged under
More in this category: « LG records highest profits in nine years Some of Samsung's 2018 TVs will support 120Hz FreeSync and VRR »
back to top