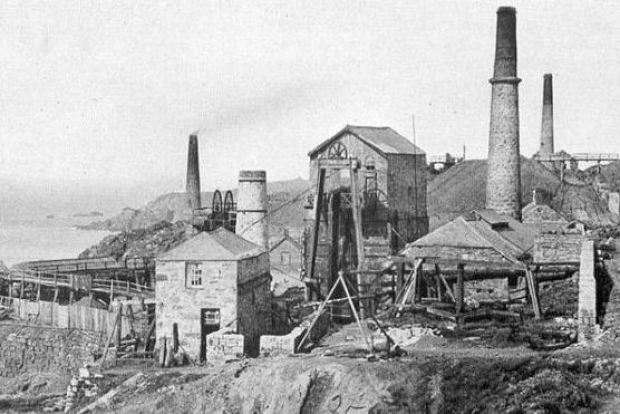 Cornwall was a big exporter of tin since the Roman period but everything was abandoned since the 1990s when a collapse in prices for the metal made them unviable.

Now however a rise in demand for tin, along with other metals that can be used in electric vehicles, electronics and renewable energy, has helped create a global deficit and quadruple prices. British officials are supporting reopening of the mines and seeking investment, leading to a mini-rush of mining companies into the area.

New research shows the extent to which mines also contain deposits of lithium which is also a hugely in demand metal.

Government lawmaker Pauline Latham, who heads a parliamentary mining group, getting its paws on the rare metals was vital now that China and the US were headed for a trade war.

He is a little optimistic. There is no guarantee the new mines will produce commercial volumes of metal. Even if they do, Britain is dwarfed by the likes of China, Chile and Australia regarding battery resources.

Germany, for instance, is looking to produce lithium at the Zinnwald project in Southern Saxony to help secure supplies for its car industry. In Finland, a nickel mine in Sotkamo in the north aims to start producing material for electric vehicles by 2020, while battery-grade lithium production is planned in Kaustinen, to the west, in 2020.

Serbia, meanwhile, is looking to Rio Tinto to develop a giant mine for jadarite, a newly discovered mineral that contains both boron and lithium, in the west of the country.

Governments, keen to develop future-proof industrial strategies, are seeking to establish their sources of minerals needed for electrification and electric vehicles to provide supply certainty, as well as revenue and jobs.

The British drive has become more pressing, officials said, because of the country’s upcoming exit from the European Union, the world’s most significant trading bloc.

The charge into southwest England is being led by smaller firms, mainly foreign miners with higher risk appetite. The majors prefer to mine on a vast scale, allowing them to increase margins and cut costs. They prefer to let junior players take the development risk and then buy fully-fledged projects.

About half a dozen companies are exploring in the area, with the biggest players being Canada’s Strongbow Exploration, Australia’s New Age Exploration and Wolf Minerals, listed in Sydney and London.

In the largest Cornish project planned so far, Strongbow is seeking to extract tin at the 4 km-long South Crofty mines as a result of the improved tin market economics.

Last modified on 30 April 2018
Rate this item
(0 votes)
Tagged under
More in this category: « Whois could be killed off in EU Windows 10 RS4 April update launches today »
back to top